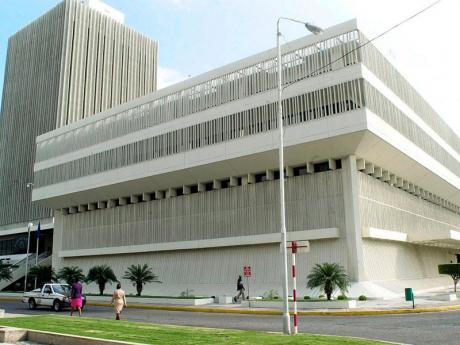 The Central Bank, which soon will take on expanded responsibilities with changes in the Bank of Jamaica (BOJ) Act and the new Banking Services Act (BSA), is currently seeking new staff for banking regulation.

Under the new Banking Services Act, the central bank will take over some responsibilities formerly held by the Ministry of Finance as it becomes a more independent regulatory authority.

The act is expected to become enforceable mid-year when accompanying regulations are ready.

The bank is now advertising for several categories of staff and according to Deputy Governor Livingston Morrison no specific number of persons is being sought.
Instead, the bank will be seeking to identify a pool of persons who can participate in a management trainee programme and also implement new methods of risk-based supervision.

There are two things we need to do. We need to take a risk-based supervisory approach and methodology, which is now being developed for full implementation during the course of the next year or two.
Its about preparing for the BSA, but its also about improving our own efficiency and effectiveness generally, Morrison explained, noting that this related both to normal operations and new responsibilities.

The challenge is that bank supervision is a specialised set of responsibilities and it takes a while to be able to develop the sort of skills and competencies that you need.

We wanted to start early and right now we are building a pool of individuals. You might be familiar with management trainee progammes which are administered in the private sector.

Its a similar type of programme which we are developing, with a view to fast-tracking the learning process for new recruits that we are bringing on, the deputy governor said.

He noted that the central bank continued to lose a number of staff to retirement, to the private sector and to migration, admitting that remuneration was a factor.

A fact is that our competitiveness in the marketplace has declined somewhat. That is fact. The fact, though, is that its not entirely up to the BOJ or within the scope of our authority to simple offer enhanced packages, Morrison said.

For the current buildout in staffing, he said, funding is being redirected from other operational areas with additional requests to be made to the Ministry of Finance.

Noting that there was no specific budget related to the Banking Services Act, he said we have been redeploying resources that we would normally spend elsewhere. We have been successfully doing that.

Planned amendments to the Bank of Jamaica Act will give the BOJ responsibility for system-wide financial stability, working in conjunction with other financial-sector regulators and agencies.

The Banking Services Act, among other things, expand the BOJs responsibilities for the oversight and assessment of the risks to which banks and banking groups are exposed.

The BOJ previously noted that the emphasis on consolidated supervision of banking groups is in keeping with the accepted international standards on banking supervision, namely the Basel Core Principles on Effective Banking Supervision.

The omnibus banking law will give the BOJ enhanced powers to supervise banking groups.The proposed omnibus banking statute will strengthen the supervisory powers of the central bank over deposit-taking entities and the groups to which they belong.

The BOJ said the statute will not affect the regulatory powers of the Financial Services Commission (FSC). To the extent that a banking group may contain an FSC licensee, the BOJ will collaborate with the FSC as regards all issues that relate to such an entity, Robin Sykes, the BOJs legal counsel explained.

According to Deputy Governor Morrison, We have been clearly working on the Banking Services Act for some time and we have to be preparing ourselves for a new sort of operating arrangement to ensue that our effectiveness won't be compromised at all. With new responsibilities, you have to reset how you do things and try to ensure that the level of effectiveness is maintained. So we are in the process of planning and strategising at this point. We recognise that we are going to need some additional strengthening of our capacity to deliver. We are preparing ourselves for that.The BOJ currently supervises 12 financial institutions, with more bodies set to come under its aegis. But Morrison said that the new scenario is not about a numbers game, noting that the BSA is not merely about widening the net of institutions captured.

Indeed, he stated, oversight of companies associated with financial institutions would be nothing new for the bank.

It would not be new for us. We are now being provided with the legal basis from which to reach these entities. Its the legal basis for doing what we have been doing based on prudence, he said.

With regards to the status of the amendment to the BOJ Act, Morrison said there is some amount of work being done.

However, he said discussing the proposed changes under the act would not be appropriate at this time.avia.collinder@gleanerjm.com