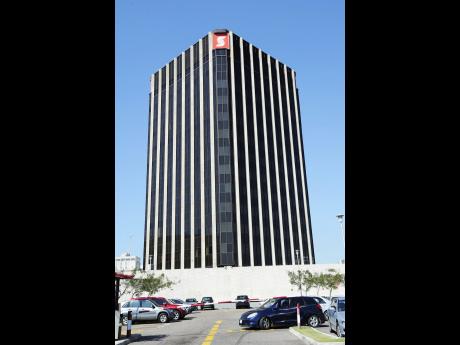 The Bank of Jamaica

(BOJ) is reporting that loans

to the smallest of firms, microenterprises, were recorded in statistically significant numbers for the first time in the September quarter.

From its most recent credit conditions survey, the central bank also indicated that the distribution of credit to the broader SME sector advanced to 37 per cent at the third quarter, compared to 28 per cent in June.

Significantly, the micro sector - which previously registered no more than one per cent of all loans for each quarter since the start of the BOJ survey in December 2013 - accounted for three per cent of the distributions for the September quarter.

The credit conditions survey is only four quarters old. It was introduced to measure activity within the loans sector.

BOJ's quarterly monetary policy report for the December 2014 quarter also indicates a migration of loan activity to the SME sector, but it also noted that overall business lending has declined significantly, which the central bank linked in part to falling demand for Jamaican currency loans.

New lending to business for the quarter slumped to $7.32 billion, compared to $17.57 billion in the comparative December 2013 quarter.

The BOJ said the increased allocation to micro firms was seen for the first time since the surveys began. It linked the renewal of interest to announced initiatives to improve lending to the small and microbusiness markets.

New government policy now facilitates new financing options and expands the categories of acceptable collateral beyond the traditional to include receivables and inventory, as well as personal property.

Local banks are among the conduits for a special line of credit to small and medium-sized entities principally engaged in agriculture, agro-processing, manufacturing, manufacturing services, trading or work study. The $1.5-billion facility - which is in its second iteration and will close in April 2018 - is backed by the National Insurance Fund but administered by the Development Bank of Jamaica (DBJ).

Scotiabank Jamaica is laying claim to be being the lead affiliated financial institution or AFI - the designation given to retailers of funds wholesaled by DBJ - in the number of SME loans booked, partial guarantee support, and the issuance of vouchers for technical assistance.

The bank's vice-president for small and medium enterprises, Debra Lopez-Spence, said Thursday that Scotiabank has "responded to the challenge of lower cost financing to SMEs by launching a number of special loan programmes at concessionary interest rates".

In the past five years, the bank has distributed $1.4 billion of loans to the SME sector, said Lopez-Spence. The ramping up of outreach to the sector by Scotiabank becomes even more evident when considered that loans for the sector extending back 16 years to 1998 amount to $3.7 billion.

"Scotiabank has had a long-standing commitment to the SME sector, having officially launched our small business banking offering in 2007," said Lopez-Spence.

"We were forerunners in the provision of capacity-building opportunities for small business owners and continue this mandate through multiple strategic partnerships, including DBJ, JAMPRO, JBDC, Branson Centre and Action Coach."

The BOJ said lending conditions for microbusinesses eased moderately and were "primarily driven by a reduction in interest rates applicable to microbusiness loans for secured loans."

But the central bank also noted that lenders reportedly increased their loan monitoring requirements, given the higher risk levels associated with micro businesses.

Executive director of the Jamaica Bankers Association, Richard Maxwell, says the banks are slowly figuring out how to give access to risky borrowers, partly to satisfy their own push for increased business.

"Banks are looking for business assiduously; the only problem they have with a lot of persons coming forward is the risk," said Maxwell.

"With risk comes increased rates, but ... lots of banks are figuring out how to give access. Banks are quite open for small business," he added.

As for the National Security Interests in Personal Property (NSIPP) registry for movable collateral that the State created to make it easier for micro firms and others to qualify for credit, the banks led a successful lobby to tighten the programme - an issue that the Government is currently tackling.

Maxwell indicated that the banks are for the NSIPP registry.

"Moving forward with NSIPP, there are some changes which need to be done, but, when done, it will increase business opportunities for people not currently in the horizon of doing business," said Maxwell. "Changes may include new legislative amendments. The banks are looking forward to that," he said.

For the December quarter, BOJ expects the credit conditions survey to indicate a further tightening of the credit market, but said "microbusinesses can expect to benefit from an increase in the credit lines accessible to them".