UDC rolls out investment prospects as new board takes seat 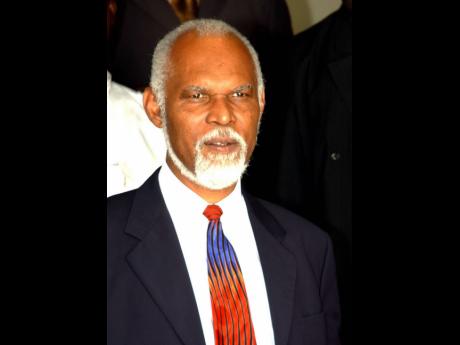 THE URBAN Development Corporation (UDC), with its newly appointed board of directors consisting of both old and new faces, last week rolled out new investment opportunities in the form of projects in need of funding.

The UDC said in a related release that Fort Clarence Beach Park in Hellshire, St Catherine, is also to be upgraded through investment partnerships to maximise the earning potential of the park.

The corporation is also proposing to "engage the interest of the business sector for the acquisition of the Catherine Hall Entertainment Complex" by way of a lease, to rehabilitate, manage, and maintain the facility as a public entertainment, leisure and recreational space.

A 1,500-acre property at Mount Edgecombe, Westmoreland, is also up for divestment. That property, said the UDC, "is strategically surrounded by developments which cater to returning residents, thus being

ideal for a retirement village development." Private developers will be invited to present proposals in 2015.

The corporation is also planning to move ahead with its Festival Village developments, one of which is slated for Ocho Rios, which will include shopping, authentic cuisine, music and entertainment.

The UDC is also implementing a similar concept in downtown Kingston, located on approximately 3.6 hectares or 8.9 acres of waterfront lands, which is expected to feature a food bazaar, gardens and waterfront promenade, as well as a multipurpose outdoor recreational and entertainment space.

In its release on the 2015 Jamaica Investment Forum, held at the Montego Bay Convention Centre from March 10-12, UDC noted that in Kingston, investors will in the near future be able to rent retail space at the Festival Marketplace and Food Bazaar.

Another project for downtown Kingston involves the creation of additional parking spaces at the Northern Car Park on Port Royal Street, through a public-private partnership. This multistorey car park will have capacity for 792 vehicles, and will include 10,192 square feet of retail shopping space, the corporation said.