Honey market in sticky position: Thieves cash in as beekeepers cash out 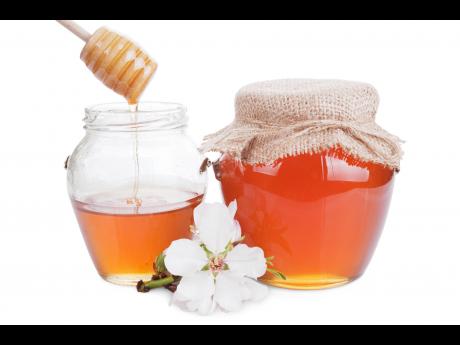 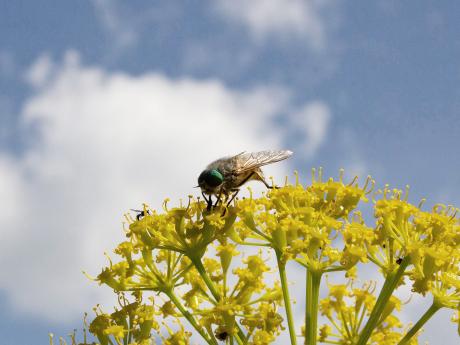 Praedial larceny and climate change have created a bitter mix for local beekeepers, leading to a shortage of honey and rising costs to consumers.

Supplies have been low for over a year, some farmers told Sunday Business, exacerbated by thieves that have plagued hives in St Catherine, Clarendon, Manchester, Westmoreland and Hanover.

Honey production has been on the decline since around 2010, some Clarendon-based farmers said, citing changing seasonal patterns linked to

climate change, which have robbed bees of pollen needed for honey production.

Others cite the types of fertilisers used, saying they have been harmful to plants.

Altogether, the conditions have made the product more expensive - climbing by about 50 per cent to $1,800 for a regular 750ml bottle of honey on supermarket shelves since last year.

The senior plant protection officer for the apiary culture unit of the Ministry of Agriculture, Hugh Smith, confirmed the effects of climate change on honey production, while noting that last year's troubles were more specifically linked to drought conditions.

"The climate change issues such as flooding and drought have adversely affected the colonies. This year we have a late honey crop because the plants are not blossoming so the availability of nectar from these plants, the flowering pattern, has been affected," Smith said.

Grace Foster-Reid, managing director of Eco-Farms, a company that makes wine and condiments from honey, said the shortage of the raw material has led to reduced output.

"The shortage has been more than a year; it's been for the past three honey seasons," said Foster-Reid.

"Back in 2011, you could guarantee about eight gallons per hive if you did everything right (but) last year people were getting a fraction of that," she said.

Honey season usually starts around December and runs until about April.

More recent production data was not readily available, he added.

Over time, the sector has "moved from less than a gallon of honey to 7.5 gallons of honey per colony annually," the bee expert said, while noting that the business can generate big returns.

"Beekeeping is a profitable investment. It is a long term investment and the initial investment cost is high but to produce a gallon of honey is less than $100 and it is being sold on the market for $4,000 per gallon," Smith said.

Some of Jamaica's honey is exported to markets in Italy, Japan, Cayman Islands, Canada, Bahamas, United States and United Kingdom. The most recent data collated by Statin was in 2012 when Jamaica imported 17 kilogrammes of honey from the United States, valued at $12,113 (US$137), while exporting 1,274 kg to

Most of the honey produced this year has been packaged for distribution through grocery stores, Smith said.

He adds that several farmers have opted out of the industry because of losses from theft, which has created an even bigger supply gap.

There are roughly 2,500 beekeepers across Jamaica, whose investments have been estimated at about $1 billion, said the agriculture ministry representative.

Other by-products of honey production such as propolis - a resin-like material from the flower buds; wax; shampoo and lip balm also form part of the value-added sector.

George Slowley estimates that he lost the $360,000 to praedial thieves in the current season. Theft in February has left him pondering whether to remain in the business.

Slowley would have made his first major reaping of honey from his $120,000 investment to set up his honey farm last year.

The funds covered the cost of eight stacks of honey boxes, with three boxes in each stack, he said. It does not include the cost of the stolen honey.

"One box costs $15,000, and they were all ready to reap because it is honey season," said the farmer. "Only one is left and that wasn't a standard box. I guess that's why they left that one," he said.

In March, Earnie Badley in Clarendon lost several frames from his 16 boxes laden with honey what would have fetched at least $8,000, he said.

Badley said though he will not opt out of the industry, it is becoming harder by the day to make a profit.

"We have even export markets but we can't supply them because we can't even support our local market," said the frustrated farmer, who sells to supermarkets and honey traders.

Another bee farmer, Wayne Shaw, who was also a victim of praedial larceny, said he will continue with his honey farm since the scarcity of the commodity means higher prices.

"Because it's on a decline, there is always a market for it and it can be stored unlike other crops which are perishable," Shaw said, noting that even after reaping, farmers can stockpile the product to capitalise on increasing prices.