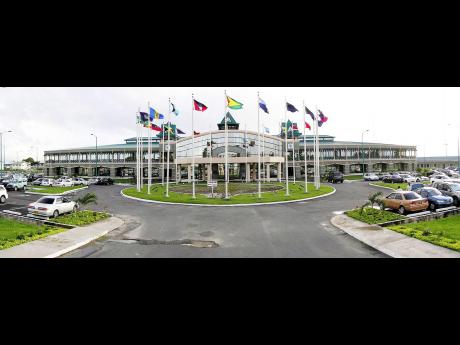 Secretary general of the African Caribbean and Pacific (ACP) grouping, Dr P.I. Gomes, wants Caribbean countries to be part of the efforts in putting across a strong position for development financing for small island developing states (SIDS).

"From the perspective of the ACP, we want the Caribbean to be looking forward to various areas, particularly how we prepare for the financing for development (conference) in Addis Abba (next week) and the post-2015 agenda because, for us, we have to put a very strong case for SIDS and coastal states," he told the Caribbean Media Corporation.

Gomes, who took up the position as head of the Brussels-based ACP Secretariat, told CMC that "we have set up in the ACP what is called a forum on small states and that is working very closely with the FAO (Food and Agriculture Organization) in which we want to emphasise food security, and since we are small states and many are coastal states, we want to look at how we can optimise the marine resources".

He said that another key area they want addressed for the Caribbean along with other Latin America and middle-income countries is the debt crisis.

"It will be a two-pronged attack, one is rescheduling debt relief, and in that sense extending opportunities for concessionary levels built on several criteria such as vulnerabilities, limited scope, limited scale, etc."

Gomes, a Guyanese national, said that "we have to have debt rescheduling, that's very important. This is how the ACP and the Caribbean component is preparing to go to Addis Abba first, from there to New York for the post-2015 agenda conference and then on to the climate change (conference in Paris in November)."

Gomes, whose visit to Barbados coincided with the 36th annual summit of Caribbean Community (CARICOM) leaders, said he has been holding informal discussions with some of the prime ministers as well as the regional organisations.

"For instance, we want to speak with the Caribbean Export programme because Caribbean Export is a model that we think can be developed in parts of Africa. We have been approached to see how that model is working and how it can bring public-private partnerships together," he said.

Gomes said that the ACP has condemned the recent statement by the European Union naming at least 30 countries, including 13 in the Caribbean as tax havens.