Jamaica Broilers revenues jump to $34.6b 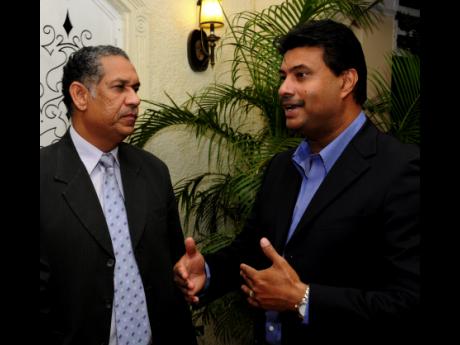 The Jamaica Broilers Group (JBG) has reported increased revenues of $34.6 billion for the year ended May 2, 2015, or 12 per cent over the $30.8 billion posted the previous year.

During the period, the poultry and meat producer further pushed its net profits over the billion-dollar mark, posting $1.1 billion compared with the $919 million it recorded the previous year.

The Group has operations in the United States, Jamaica and other Caribbean territories, including Haiti, and the business in "now considered primarily from a geographical perspective," the company said in its financial report to the Jamaica Stock Exchange.

JBG currently holds roughly 18 per cent of the table egg market in Haiti and sells its Best Dressed poultry there under the brand Le Chic Poulet.

A breakdown of segment performance showed that the Jamaican operations continued its dominance as the strongest revenue earner for the company, closing the period at $26.2 billion over the $25 billion posted in the comparative period the previous year.

Senior vice-president for operations and Finance at Jamaica Broilers, Ian Parsard, told Wednesday Business that the improved revenue performance of the Unites States segment was due to growth in volumes as well as movement in the foreign exchange rate.

"The growth really is happening in the US and it is mainly as a result of volume increases as we build the business out, and then we are supported by the movement in the exchange rate," he said.

Of the local performance, Pasard said JBG was encouraged by the improved outlook in the economic conditions amid improvements in the feed and poultry aspects of the business.