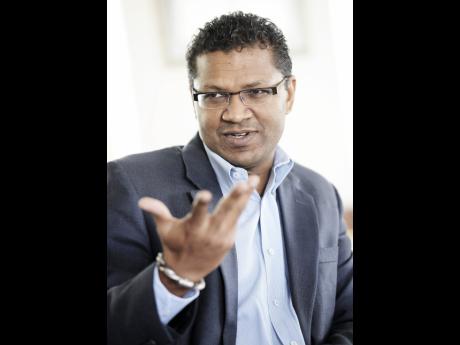 Seprod will shutter its sugar factory and walk away from its $3 billion investment if it doesn't get control of selling the products it makes.

Golden Grove Sugar Company, as the operations which it took over from the Government in 2009 was renamed, has not turned a profit despite retooling at the manufacturing plant and expanding cane fields.

It racked up $2 billion in losses over the past six years.

"Management has drawn its line in the sand," said Seprod's CEO, Richard Pandohie, at the company's annual general meeting at The Jamaica Pegasus hotel in New Kingston on Monday. "We have calculated our cost to walk away from the operations, and now we want to ensure that this cost does not increase from here on."

The manufacturing company's chairman, P.B. Scott, told shareholders that the biggest problem the Jamaican sugar industry has faced was the regime that disallows most sugar producers from negotiating selling price and finding buyers for their products.

Currently, most of the locally made sugar is sold by Jamaica Cane Products Sales (JCPS).

"If you do not have control of the revenue side of the business, then you have a very difficult issue," said Scott. "What is absolutely clear is that the industry requires structural adjustment and significant changes for it to survive in the long run."

"If those changes are made, it is our intent to participate in the industry," he said. "If it is not restructured to our liking, we will be exiting the industry."

A decision will be made in a matter of weeks. If the changes are not made by then, Golden Grove will not be firing up its factory for the next sugar crop.

It likely will take more doing than a change in the regime governing the sale of Jamaican-made sugar to get the St Thomas-based operations into the black, but the structural adjustment to the industry could go a far way towards improving the company's sales.

By producing approximately 40 per cent of the sugar made in Jamaica, it gets to supply an equivalent share of the domestic market, which commands a higher price than exports.

However, international sugar prices have been falling.