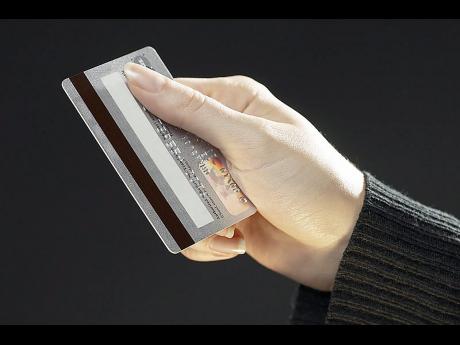 Seeking to increase market share in the lucrative credit card market, valued at about J$192 billion based on Bank of Jamaica (BOJ) data, FirstCaribbean CIBC Jamaica is rolling out a campaign which promises zero interest rate until 2016 to those who switch other bank cards for one which is CIBC branded.

The local credit card market has been growing despite some reduction in spending, as indicated by BOJ data for calendar year 2014.

Commercial banks reported increases of 3.3 per cent and 19.2 per cent in volume and value, respectively, for credit card transactions in 2014 relative to 2013. This reflected total transactions of approximately 17 million with a value of $192.2 billion, the BOJ said.

The credit card segment provides the highest returns on loans for the sector supervised by the central bank, with rates averaging 46.3 per cent annually. To this is sometimes added high penalty charges for late or missed payments.

For other personal loans, interest rates averaged 21.12 per cent, according to the central bank's credit conditions survey.

In responses to Financial Gleaner queries provided by its marketing department, CIBC said its new campaign - offering no interest until 2016 - is expected to "support the bank's strategy for cards with sales and usage growth as pivotal themes, and to increase our market share by the acquisition of new clients".

It is also expected to "provide cardholders with an opportunity to improve their cash flow and ease their financial burden through the extended interest payment holiday," CIBC said.

The bank said it is uncertain of current market share but is aiming to grow both sales and usage.

"Public reporting of credit card portfolio is generally incorporated in the financial institution's loan portfolio within the banking industry, which does not readily facilitate ranking of market share. However, our credit card products rank among the best in our market, based on our current rewards offer, which provides cardholders with added benefits such as travel miles and cash back, among others," CIBC said.

The bank declined to share interest charges on its credit cards, only stating that "our interest rates are within the industry standard for Jamaica".

It noted that the level of

non-performing credit cards is "within acceptable limits relative to our total loan portfolio. We proactively monitor this portfolio and continue to work with our customers who are experiencing difficulty in servicing their debt to arrive at a suitable payment plan".

In its annual report, the BOJ noted that the real value of debit and credit card transactions declined by 11.2 per cent and 6.6 per cent, respectively, in 2014 relative to increases of 2.1 per cent and 13.9 per cent in the previous year. Despite higher levels of credit usage, Jamaicans might be becoming more vigilant about paying down debt and controlling spend.

The BOJ, in its credit conditions survey, is nevertheless projecting increased demand for cards, among other products.

"Notwithstanding the continued weak demand for business loans, there was strong interest in local-currency personal loans in most categories, particularly credit cards, motor vehicle loans and unsecured loans," it said.