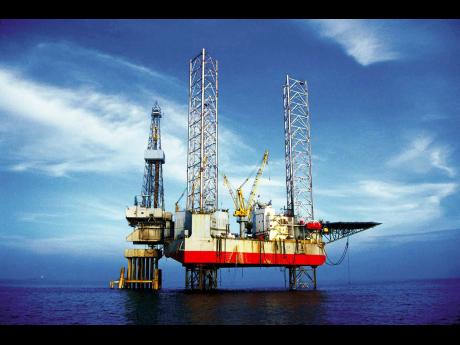 The cost of steak may be up but fuel needed to cook it hasn't been so cheap in years.

Propane, which had been selling for $4 to $5 a gallon just two years ago, has nosedived to a little more than $1 a gallon in recent weeks.

It recently was priced at $1.05 for cash-up-front, take-away orders at the East Central Iowa Cooperative in Waterloo, the Waterloo-Cedar Falls Courier reported.

"I think propane won't get any cheaper because if it does it won't be cost-effective for (suppliers)," said Scott Halverson, energy division manager at ECI.

He said inventory levels were at "an all-time high". Indeed, he said if there were shortages of anything propane-related, it was storage space for the fuel.

"My fear now is that prices will start to climb because there's no place for it in inventory, and you're going to start putting on storage fees, and they're going to be high," Halverson said.

The "norm" for storage fees is around 2-3 cents per gallon, and fees were already reaching 10.5 cents, Halverson said.

"So, I think if inventory levels stay as high as they are, they're going to continue to go up," he said.

"What's been happening is that it's been a benefit of the fracking revolution in natural gas production," he said. "Despite cutbacks in rigs and oil and natural gas, the propane production has been pretty darn good. Production has actually exceeded expectations and demand hasn't been strong."

As a result, prices are reaching low levels they hadn't seen in years, Flynn said.

"As far as price, we've got to be darn close (to a record low)," he said. "Production is definitely at an all-time high. I think we're closer to a 13-year low."

That's good news for grillers who rely on gas for their backyard cooking and, longer term, homeowners who look to the fuel to heat their homes in the winter.

"It's a very small percentage who heat their homes that way, but we are seeing a real switch in how people heat their homes," Flynn said. "We're actually seeing more heat with gas than coal for the first time. It's almost to a point where there's no place to put it."

Prices should remain at near-record lows for the run of the summer, Flynn said.

"Production at this point doesn't show any signs of slowing down, so I think expectation is prices will stay low."

Halverson said prices a year ago were $1.70 "off the truck, if you didn't do any contracting" and about $1.55 for prepaid, contracted orders.

Business has zoomed upwards as a result of the price break, Halverson said.

"What happens is because of the year before, when there was no inventory and everybody ran short that year and paid $4 to $5 a gallon for propane, you had everybody making sure that didn't happen and everybody overbooked," he said. "We were overbooked, as well, because I have to cover those contracts."

Due to oversupplies, "this is one of the first years" ECI is enforcing a 20-cent-per-gallon penalty on overbooking orders, Halverson said.

ECI has on hand an average of about two million gallons of propane each year, Halverson said.

"We're going to hit those averages this year," he said.

Halverson said he advises customers half of whom are homeowners and the other half, farmers to book their average usage.

"Farmers are obviously using most of my gallons, but we have over 2,000 residential customers who mostly use it for heating," he said.