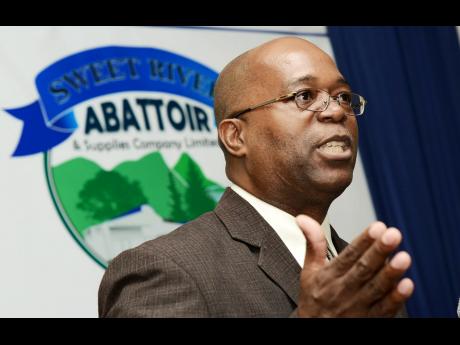 The Westmoreland-based meat processing firm, Sweet River Abattoir and Supplies Company (SRA), continued to see declining revenues at the close of its financial year, which ended March 31, 2015, posting $122 million or 61 per cent less than the $309 million reported the previous year.

The company reported net losses of $3.8 million for the period under review, compared to the $11 million in net profit it reported for year ended 2014.

"The inadequate supply of pigs for slaughtering continued to have a severe impact on our performance for the period being reported on," SRA said in its filing to the Jamaica Stock Exchange.

It said, however, that measures currently being implemented should lessen the impact on its performance going forward.

"These include (but is not limited to) the expansion in the network of farmers, thus ensuring increased supplies in the months ahead," SRA said, noting that at least 25 of the farmers in its expanded network are expected to form part of the Hi Pro Feed Supply Programme under a memorandum of understanding it signed with that company last August.

"Given the proactive approaches being taken, it is expected that by September 2015, the number of farmers required will be in place and, therefore, going forward, at least 80 per cent of our demand would have been satisfied," the company said.

The only publicly listed abattoir, SRA became the ninth agro-park in April, and was handed a $27 million grant to complete construction of its new facility, which should also see the company exporting pork to CARICOM countries to boost revenue.

SRA's operational expenses for the period, however, declined by $5.5 million or 18 per cent, down from the previous year's $31.5 million.

Earnings per share closed the year at six cents down, compared to 22 cents at the end of the financial year 2014.