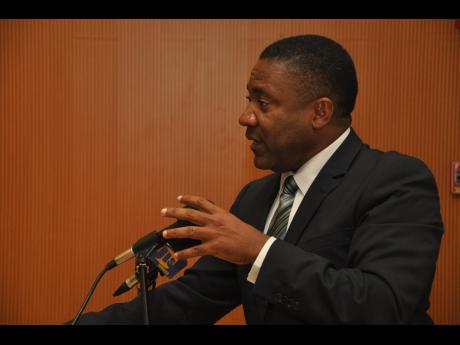 Jamaica is tying-up loose ends on its move to repurchase US$2 billion of PetroCaribe debt from Vene-zuela after bond purchasers signalled their willingness to lend the Simpson Miller administration around US$1.5 billion, at sufficiently low rates, to make the deal viable, several sources have told Wednesday Business.

It was not immediately clear what rates the bond market would demand from Jamaica or the precise discount Caracas was granting on the debt. Wednesday Business sources, however, insisted that interest would be substantially lower than the 7.65 per cent Finance Minister Dr Peter Phillips paid for debt when he last borrowed on private foreign markets more than a year ago and said that discount on the PetroCaribe obligation would be deeper than the 52 per cent Dominican Republic received when in January it bought back the US$4 billion it owed for oil purchased under the PetroCaribe arrangement.

"Today (Tuesday), the lead broker on the deal, Citibank, was talking to the bond market, and we expect an announcement within days that the cash is in hand - and at a good rate," said one source.

"A week ago, the energy minister, Phillip Paulwell, went to Venezuela for talks on the mostly technical, non-financial aspects of the deal with the Venezuelan national oil company PDVSA, and those were successfully concluded, paving the way for Jamaica to move towards concluding the arrangement once it raised the money," said another.

Phillips was also at that meeting, added a third person who spoke on condition of anonymity.

Prior to the Venezuela visit, Phillips and a team of technocrats had scoured Europe and North America, feeling out potential lenders on their likely response to a Jamaican foray into the market in the context of its strong performances at the half-way point of its four-year economic support agreement with the International Monetary Fund (IMF). They returned home, according to one official, "up-beat at the very positive response".

Even before the road show ended, reports began filtering back to Jamaica that Phillips was getting positive reception.

"The signal was that the rate at which Jamaica could raise the cash for the debt buy-back, given the level of discount expected, would be good enough for the deal to make sense in terms of interest payments," according to a source knowledgeable about the arrangements.

Under the PetroCaribe accord, Jamaica can buy up to 23,000 barrels of oil a day from Venezuela. If the price of petroleum is above US$40 a barrel, Venezuela extends credit for between 30 per cent and 70 per cent of the shipment, with a payment period of 25 years at one per cent a year. When oil dips to US$40, or below, the portion paid for on credit ranges between five per cent and 25 per cent, with the payment period being

17 years at two per cent interest.

It is this credit that has accumulated to a debt of approximately US$3.2 billion - or around 18 per cent of the overall national debt - which Jamaica hopes to clear as part of its broader debt-reduction strategy, in keeping with its IMF programme of lowering the debt, now at 139 per cent of gross domestic product (GDP).

At the 52 per cent discount received by the Dom Rep on its PetroCaribe debt, Jamaica would pay around US$1.54 billion to clear the obligation, meaning a saving of US$1.66 billion on the face value of the obligation. But that saving would be more if the discount is deeper. For instance, should it go as deep as 55 per cent, the saving on the principal would be around US$1.76 billion - a substantial slice of the debt-to-GDP ratio.

But the issue then becomes the interest cost on the money used to retire the PetroCaribe obligation, given the low rates charged by the Venezuelans and the long maturity of their debt. "Those things are being calibrated," according to the Wednesday Business source.