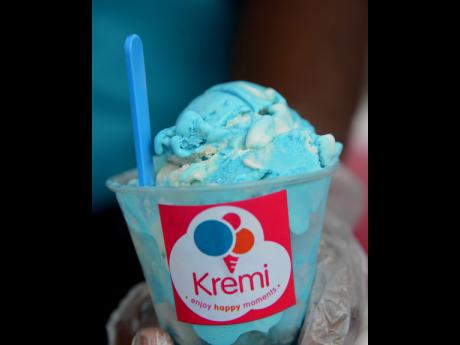 Having cooled down from an aggressive expansion push, Caribbean Cream Limited (Kremi), has right-sized its balance sheet and its profits have begun to surge.

The $3 million it spent on capital projects during the three months to May 2015 pales in comparison to the $19 million expended in the comparative period last year. Moreover, the $65 million spent on purchasing property and equipment for the year ended February 2015 represents a significant drop from the $170 million used on similar investments the year before and even the $107 million the year before that.

The reduction in capital expenditure for the first quarter thus signals the end to a round of expansion which saw the ice cream maker pump $380 million, since 2012, into acquiring a new factory building; constructing a cold room; redesigning packaging; and installing a new blast freezer.

But perhaps the more important figures are the ones at the top and bottom lines.

The latest financials for the company showed that revenue climbed by 15 per cent in its first quarter ending May to $289 million from $252 million the year before. That's after breaking through the $1 billion sales mark from 18 per cent revenue growth last financial year.

The gross profit for the company's first quarter - $111 million - was 60 per cent higher than for the comparative three months in 2014. Put another way, it was even higher than the gross profit it recorded for its full financial year ended February 2012 when the expansion thrust took off. The capital project helped Kremi lift its gross profit margin from 26 per cent three years ago to 38 per cent.

Consequently, the company's pre-tax profit more than doubled from $16.5 million during the three months to May 31, 2014 to $39.3 million in the quarter under review. It was also higher than the $31 million in earnings before tax posted for the 2012 financial year.

Kremi raised $75 million through an initial public offering in 2013, but most of its expansion cash came from the more than $100 million in borrowings. As a result, the manufacturer has been carrying a working capital deficit ranging from $20 million to $26 million since 2012. It finally managed to achieve a surplus of its current assets over its liabilities by the end of February this year.

Kremi achieved the working capital surplus while keeping its inventories down, even though it is on the verge of tripling its 2012 revenue this year. Inventories totalled $61 million, or the equivalent of just fewer than three weeks sales as at May 31. This reflected a gradual reduction of inventory levels from the equivalent of more than five weeks of sales in 2013.

Now the company's long-term debt is on the decline. It fell from $146 million a little over a year ago to $126 million as at May. Kremi's finance cost also fell to $4.6 million in the quarter under review, from $5.8 million in the corresponding three-month period last year.