Real Estate Board moves to zero tolerance, arrests for breaches 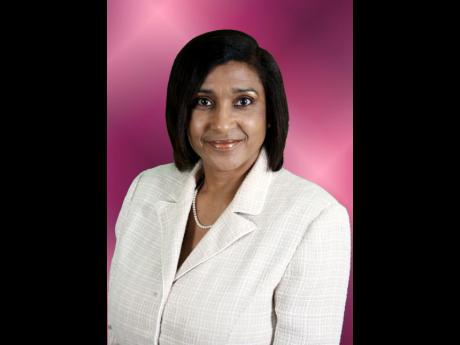 Sandra Watson, CEO of the Real Estate Board of Jamaica.

The Real Estate Board of Jamaica (REB) is now taking a hard line on breaches of the Real Estate (Dealers & Developers) Act - REDDA - and has shifted to arrests and prosecution of offenders.

Previously, the board would have issued warnings and negotiated with parties to bring them into compliance with the law.

Four persons are before the Resident Magistrate's court on criminal charges. They include a developer who has failed to set up the required trust account for clients' funds, others who are selling developments that don't exist or for which they have no land to execute the project, and one who has been indicted for doing appraisals without a licence. Additionally, arrest warrants are being prepared for three others, including a salesman and two developers.

The cases are prosecuted by the director of public prosecutions.

"We have just organised the arrest of a very prominent senior citizen for repeated breaches of the Real Estate (Dealers & Developers) Act, despite many warnings. The matter is ongoing in the Half-Way Tree Court," said Sandra Watson, CEO of the Real Estate Board.

The alleged offender was not identified. The in-house lawyer at REB "has suggested that we withhold the name until the judgement," said Watson.

"The gentleman who was arrested, he has been for the last six years preparing appraisals for property when he does not have a real estate licence," she alleged. "We have warned, and we are now before the courts - he went to court last week," she said on Monday.

The unlicensed appraiser has been cited for fraudulent conversion and breaches of Section 10 of REDDA, said Watson. His next court appearance is on August 13.

The arrest of a developer who has failed to provide trust account information to the board is pending. Watson said this issue has been especially problematic for the board and that such breaches are widespread.

Developers are required to establish accounts to hold the downpayments made by persons buying into their developments, and must also register a charge, which is similar to a mortgage, in the interest of the Real Estate Board. They are allowed to withdraw no more than 90 per cent of the funds from the accounts and can only use the money to finance the development, said Watson.

"We will be prosecuting many more for failure to comply with their responsibilities under the act. This is an area where the board will have a 'no tolerance' approach in the future. All developers will comply with the law going forward and provide the trust account and contract information so that the board can adequately protect purchasers," Watson said.

"We are starting with one, but we are moving after all of them ... we want the information right up front so we can get out of the block to protect purchasers adequately. The board is very serious about that, as a matter of fact."

Watson said that banks also bear the responsibility to advise if a trust account breach has occurred.

"It's a duty of the authorised financial institution to tell us of any withdrawals from the trust account," she said.