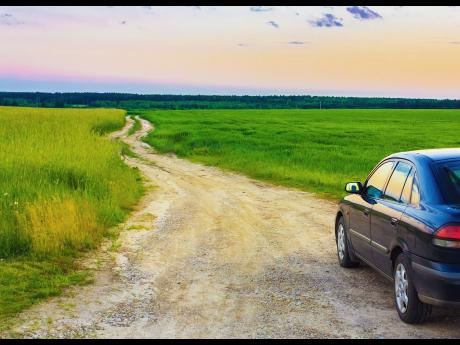 I reside in the United Kingdom and am a regular reader of your articles. I liked the column you wrote on July 5 - in spite of the misleading headline - about uninsured motorists. I am very surprised that Parliament has not done anything to stop this type of injustice that is being meted out to some victims of motor accidents.

Motorists who flout the law, drive uninsured vehicles, and cause mayhem on the road are a menace to society. They are no better than the gunmen who kill and maim innocent persons. Have you received any feedback from the authorities? Are they likely to do anything to ensure that other people like Mr Willis do not end up sucking salt after waiting 14 years for compensation after nudges by the Appeal Court?

Jamaica - to take poetic licence with the statement attributed to the minister of national security and for which he later apologised - is the land of John Crows!

Wikipedia describes these creatures that feed exclusively on the decaying flesh of dead animals as turkey buzzards or vultures. We call them John Crows, a term with negative associations. The minister's comments were, according to a report in this newspaper, made in the context of the Opposition's criticisms about increases in the number of murders.

The summary of his report to Parliament about a "three-pronged approach to tackle the murder spike," perhaps by coincidence, was published last Wednesday on Page 3. Page 2 of the same paper was devoted entirely to bloodshed of a different type: deaths and injuries on our roads caused by motor vehicles.

Did the minister of national security, his colleague in the health ministry, or any of the officials in those ministries make the link between the two topics like you did earlier this month? I strongly doubt it.

Minister Bunting's John-Crow comments and the opposition party's reactions to his statement are indicative of the type of discussions that we have about serious issues like violent crimes, injuries and deaths from the collision of vehicles that are avoidable, and a compensation scheme for victims of road accidents who do not get any form of redress due to the actions of uninsured motorists.

We appear unable to connect the dots. This probably explains why I have received no feedback from the authorities.

John Crows perform important functions in the animal kingdom in spite of the negative things that we associate with them. The tasks that they perform are akin to those undertaken by entities that collect and dispose of what is now politely called solid waste.

Even though we are now in the 21st century - when NASA's New Horizons spacecraft made its closest approach to Pluto at 7:49 a.m. last Tuesday, 72 seconds ahead of schedule, and after a nine-and-a-half-year journey - the John-crow epithet has still not lost its sting for politicians like the minister of national security and the opposition leader, both of whom were born during the second half of the last century.

I am, therefore, not very hopeful that anything will be done very soon to improve the lot of accident victims like Mr Willis. He was awarded $34 million by the courts and ended up without a cent in his pocket because the driver of the vehicle that caused the accident was uninsured.

Thanks for sending me the newspaper clipping with the headline: "European Union says you need car insurance for lawnmowers". I do not share the view of the UK politician who described the proposed measure as "another piece of totally bonkers Brussels bureaucracy from the European Union".

Members of the European parliament - some of them from countries with colonial pasts - are more serious about protecting their citizens from some of the risks in their societies than their local counterparts. They have mandated compulsory insurance for all vehicles "intended for travel on land", not just those driven on roads.

We are not thoughtful people who are focused on getting important things done. We prefer instead to bad-mouth the few hard-working John crows that still remain among us and who are unable to respond to the invective and scorn that we continue to pour on them. They still continue to perform in silence the tasks that nature has assigned them in a less than friendly environment.