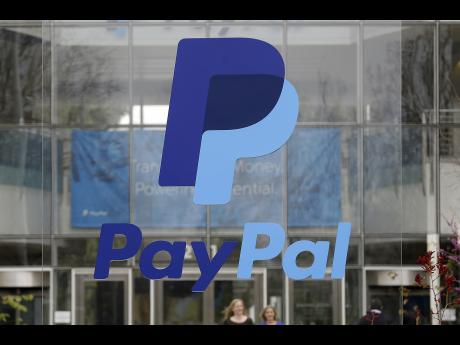 PayPal shares jumped in its first day as a separate and publicly traded company as the firm outlined plans to capitalise on the rise of mobile payments and the growing digitisation of money.

The payments system company officially split with eBay Inc on Friday, 10 months after they announced that they were going their separate ways.

PayPal processed US$235 billion in total payment volume last year and logged revenue of about US$8 billion. It plans to grow market share in mobile and online payments as well as expanding in areas like in-store payments.

PayPal CEO Dan Schulman and employees rung in the opening bell on the Nasdaq, while the company gave out food via food trucks in Times Square and posted passersby's photos on Nadsaq's seven-story digital billboard to commemorate the listing.

In an interview with The Associated Press on Monday, Schulman said that being an independent company gives PayPal the ability to work with companies that might have hesitated before the split due to its association with eBay.

"One of the big advantages for us is truly we now are world's leading neutral third-party payments provider and that will allow us the opportunity to partner with a number of companies across the world who before the separation either directly competed with eBay or had a perceived potential conflict with eBay," he said. "And now we are free to work with any of them."

But similar to before the separation, the company's focus is to grow its relationship with merchants and consumers, he added.

"We want to be much more than a proprietary button on merchants' websites," he said. "We want to be a full-services partner to them as they look to use mobile tech to create more intimate relationship with their customers."

PayPal plans to grow market share with online and mobile payments, as well as in-store payments, he said.

"As we see the proliferation of mobile devices and the digitisation of money explode across the world, we have an opportunity to follow those trends very naturally in the online space and in the app space, and now to the in-store experience," he said.

R.W. Baird analyst Colin Sebastian initiated coverage on the company with an ‘outperform’ rating and US$45 twelve-month price target, meaning he expects the stock to reach US$45 over the next year.

"We view PayPal as part of a select group of online platform companies that are well positioned for long-term growth and market share expansion," he said. "More specifically, PayPal is setting the global standard for online payments with trusted consumer brands and significant scale and reach."