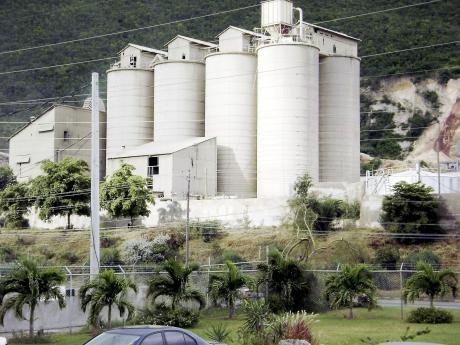 The $870 million in net income earned during the six months to June 2015 beat its highest annual earnings previously achieved in 2004, when it posted $842 million to its bottom line - although this does not take inflation and depreciation of the Jamaican

An eight per cent rise in revenue during the June 2015 quarter, coupled with a dramatic reduction in energy costs, resulted in operating profit skyrocketing from a middling $6 million in the comparative period last year to $614 million during the three months to June.

The cement manufacturer noted that lower fixed costs and improved operational efficiencies also contributed to the increase in earnings.

It did not disclose how debt restructuring with its parent - Trinidad Cement Limited (TCL) - might have impacted its operating lease, which has averaged US$19 million a year since 2009 after a new kiln and cement mill were commissioned at the Rockfort, Kingston plant.

However, the successful refinancing of the debt yielded $168 million, net of fees, in prepayment discounts on top of operating profit, which went straight to the company's bottom line. In May, TCL prepaid in full the override debt renegotiated two months prior, using the proceeds of a bridge loan and internal cash.

Consequently, CCCL posted $621 million in net profit for the quarter, compared with an $89 million loss for the corresponding three-month period ending June 2014.

Cement sales volume declined by nine per cent, as an eight per cent rise in domestic sales was not enough to offset a 45 per cent reduction in cement export volumes. On the other hand, clinker sales volume rose by 160 per cent due largely to a supply contract with Venezuela under the PetroCaribe trade mechanism.

Combined, the volume of clinker used to make the cement sold during the quarter under review and sold in raw form as a commodity was five per cent higher than the comparative period in 2014 - pointing to higher capacity utilisation of CCCL's kilns.

Looking ahead, the cement maker expects to the modest increase in domestic cement sales to continue throughout the rest of 2015.

"Lower oil prices have had

a significant impact on electricity and fuel prices, and this is expected to create more disposable income in the local market, which should in turn result in greater demand for our product," wrote company directors in their statement to shareholders.

"The tight fiscal policy stance which the Government continues to employ, in accordance with its present agreements with the multinational agencies, is expected to result in modest growth in the economy."

"We remain encouraged by the continued improvement in the performance of the company," they concluded.