Strata commission clamps down on delinquents with new fine, prosecutions 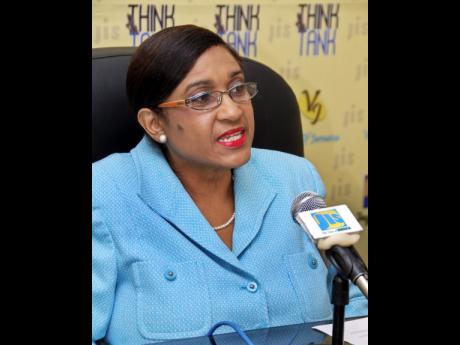 Sandra Watson, CEO of the Real Estate Board of Jamaica and secretary to the Commission of Strata Corporations.

The Real Estate Board of Jamaica, home of the Commission of Strata Corporations, says that having spent two years educating strata companies on the filing of returns and other legal requirements - free of charge - delinquents can expect the commission to ramp up legal action against them.

The law that created the commission as overseer of stratas took effect five years ago, but CEO of the Real Estate Board (REB), Sandra Watson, said even with the moratorium, compliance has been low. The commission's job is to ensure registration and greater accountability from stratas through the filing of annual financial statements and reports, among other requirements.

"Only about 15.2 per cent of all the registered strata corporations, during the 2014/15 financial year, filed returns; and, of those submitted, only 3.2 per cent were compliant," Watson said.

There are about 1,705, of which 1,557 are properly registered with the commission.

The Registration (Strata Titles) (Amendment) Act came into effect on January 1, 2010. It established the Commission of Strata Corporations to monitor, regulate and supervise strata corporations.

The law requires strata corporations to file financial statements and a report of their activities within 120 days after the end of each financial year.

The legislation is back before Parliament with a proposed amendment to penalise strata corporations that are late with filings or otherwise breach the law.

"There is no direct fine for failure to lodge the returns, but the Act is being amended to put one in place. In the meantime, the commission can issue the order to produce the returns, and where the order is disobeyed, a fine applies," Watson said.

The fine for disobeying the order is allowed under Section 18(1) of the strata law, which caps penalties at $500,000, and which applies broadly to several breaches of the law. However, the fine has never been applied, and Watson said that the REB is awaiting the inclusion of a fine specific to the breach to be passed into law, before pursuing prosecution of breaches.

She declined comment on the size of the new fine sought by the commission.

Registration of a strata corporation carries a fee of $500 per residential unit. The fine for failure to register is capped at $250,000.

As for the returns, Watson said they are important to the function of the commission as they are used to determine whether strata corporations are being managed effectively, and are also used in the preparation of what she called 'Status Certificates' for registered stratas.

"This certificate outlines if a strata corporation is functioning effectively or not. Prospective purchasers and mortgage-lending institutions can use these certificates to determine if they want to invest into a particular strata complex," said the REB head.

Already, the Commission of Strata Corporations has prepared court documents to be served on six strata corporations for failure to register. These corporations were sent three previous warning letters, Watson noted.

Another five registered corporations are before the courts for failure to pay their required fees.

"As a result of the steps taken to prosecute, for failure to pay the required fees, 36 strata corporations have entered into payment plans to clear the outstanding fees," Watson said.