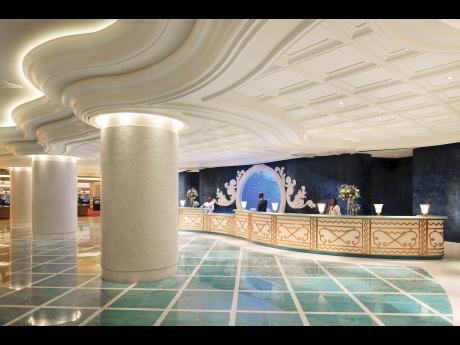 A judge in The Bahamas ruled Wednesday that a United States bankruptcy filing by the developer of an unfinished US$3.5-billion mega resort in Nassau will not be recognised in the Caribbean archipelago.

The islands' attorney general strongly objected to the Chapter 11 filing in US Bankruptcy Court in Delaware, arguing that having a US court decide major economic matters in The Bahamas would have "far-reaching implications". The Baha Mar hotel-and-casino project in the islands' capital has been touted as the most expensive project ever undertaken in The Bahamas.

Justice Ian Winder sided with the islands' government in a Wednesday decision, ruling that developer Baha Mar's recent US Chapter 11 filing will not be extended to The Bahamas. His full written decision will be issued in the coming days.

The decision means Baha Mar will not get a new loan to pay for daily operations or receive US bankruptcy protection for its assets in The Bahamas.

The Bahamas has petitioned the islands' Supreme Court to wind up Baha Mar and appoint a provisional liquidator to oversee the restructuring and opening of the repeatedly delayed resort if an out-of-court agreement cannot be negotiated. A liquidator could be appointed as soon as July 31, when a hearing is scheduled.

The Bahamas applauded the decision rejecting the US bankruptcy ruling, saying a Bahamian court-supervised liquidator is best suited to oversee efforts at opening the mega resort, which officials say is 97 per cent completed.

"It is a matter of the greatest national importance for the resort to open as soon as possible," the government said.

In a move that shocked many in The Bahamas, Baha Mar filed for US bankruptcy protection in late June because one of its companies is incorporated in Delaware. It hoped to arrange a "debtor-in-possession" financing arrangement of up to US$80 million to pay for daily operations during Chapter 11 reorganisation and filed an application in Bahamian courts to recognise the US ruling.

In recent days, officials from The Bahamas, Baha Mar, China Construction America and Export-Import Bank of China met in Beijing to try and secure an agreement. It's not clear if any real progress was made during negotiations, but Baha Mar insists it is committed to reaching a consensual agreement.

Baha Mar has repeatedly blamed incomplete work and missed deadlines on China Construction America, which received a US$2.4-billion loan from the Chinese bank.

Plans call for a 1,000-acre (405-hectare) complex with hotels, some 40 restaurants and clubs, an 18-hole golf course and what's billed as the Caribbean's biggest casino.

It was originally scheduled to open at the end of 2014. A "paced opening" set for March 27 and then a scheduled May grand opening came and went.