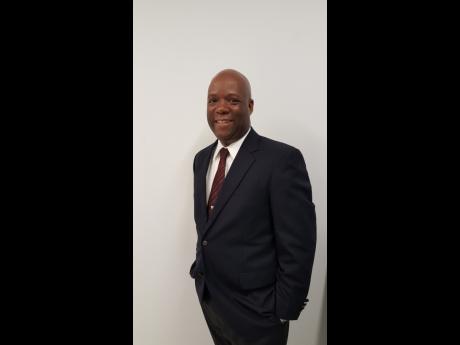 The Supreme Court has thrown out an application by Columbus Communications, which trades as Flow, to bar Digicel Jamaica from employing former Managing Director Sean Latty for at least nine months.

The judge ruled that the restraint clause imposed on Latty was unreasonable and unenforceable.

Latty was employed by Columbus Communications as managing director of its Jamaican operation in June 2014 but left the company - which is in the process of merging with new owner Cable & Wireless - to take up a new position with rival Digicel in February as that company's chief operating officer for the mobile side of the Jamaican operations.

Columbus Communications asked the court for an injunction to restrain Digicel from employing Latty until the expiration of his three-month notice period, and another six months thereafter. Its arguments were based on a non-compete/restraint clause and a confidential information clause in Latty's contract, which barred him from the same type of work with any other entity for six months after his separation from the company and from disclosing information acquired during his employment to Columbus.

The telecoms also argued that Latty's new job put it at a competitive disadvantage, notwithstanding the affidavit of Gail Moss-Solomon, legal and regulatory director at Digicel, that Latty would not be involved in Digicel's fixed line, broadband Internet or business solution divisions or engaged in its cable operations.

In countering the evidence given by Moss-Solomon, Columbus Communications submitted that there was convergence of the markets in which both telecoms operate, especially in light of the merger between Columbus Inter-national and Cable and Wireless Communications when taken

in conjunction with Digicel's acquisition of the Sportsmax Network and Telstar Cable.

To support its assertion that there were trade secrets or confidential information akin to trade secrets in its former managing director's possession, Columbus Communi-cations relied on the fact that Latty attended a meeting in Florida in January that fine-tuned a strategy to deal with the competitive threat posed by Digicel.

Columbus produced evidence in the form of an excerpt of a PowerPoint presentation at the strategic meeting, which was the source of a dispute between the company and Latty.

The court sided with the cable company on this point. Justice Kissock Laing, who heard the claim in the commercial division of the Supreme Court, found that the information in the PowerPoint extract would constitute trade secrets or confidential information as it included Columbus Commu-nications' engineering/network plan, information technology plan, and strategic information the company had in relation to Digicel and the market environment, as well as product opportunities.

He made the finding although the court accepted Latty's evidence that he had returned all confidential information stored on his laptop to Columbus.

Even if contained only in the employee's head, such information is still capable of being protected by the court to prevent its disclosure to Digicel and damage to Columbus Communications, Justice Laing said.

However, the judge agreed with the submission of attorney-at-law John Graham, who represented Latty, that on a strict interpretation of Columbus Communications' restraint clause it prohibits his clients from engaging in employment with almost any telecommunications provider anywhere on the planet, in any capacity, since such work would effectively result in him providing a product or service of the same nature as the business of his former employer.

Graham said the restraint clause would have been less objectionable if it only barred Latty from a similar post or function to his former job at Columbus.

"I find that the restraint clause is too wide in its scope and is, as a consequence, unreasonable," Justice Laing ruled in agreement, while noting that the restraint goes much further than was necessary to protect Columbus Communications' interests.

Accordingly, he found that the restraint clause was unenforceable.

Laing also ruled that since the notice period has expired and the court has decided not to grant the injunction against Latty during the six-month post-contractual period, the court would not restrain Digicel from employing him.

Latty previously worked with Digicel Group as head of its St Vincent and the Grenadines country operations before joining Columbus.

Months into that job, the telecoms merger deal between Columbus and C&W - owners of the Flow and LIME brands, respectively - was announced. Latty was widely expected to lose his job at Columbus or play a secondary role to LIME Jamaica boss Garfield Sinclair once the Jamaican operations were merged.