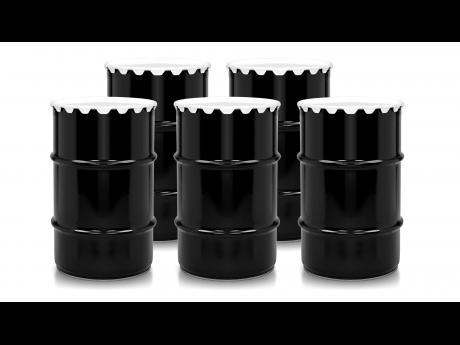 The Jamaican Government bought coverage for an additional two million barrels of crude under its oil hedge programme last week.

The latest and third contract, which it executed with Citibank on July 13, pushed the cost of the initiative to US$27.9 million ($3.3 billion). It also extended coverage of crude imports by three months to December 2016.

Previously, it executed two contracts in June, covering six million barrels of oil at a cost of US$20 million.

There were indications of a higher price for the futures in the most recent purchase.

The Bank of Jamaica (BOJ) had disclosed in June that the weighted average premium rate was US$3.34 a barrel (bbl). Still, the premium remained well below the original budgeted rate of US$3.93/bbl. Also, the central bank managed to lower the weighted strike price from US$66.74/bbl.

"The contracts, which differ by period and price, have an aggregate weighted average premium cost of US$3.48/bbl at a weighted average strike price of US$66.53/bbl," said government documents filed with the US Securities and Exchange Commission this week.

Basically, the Government is betting that if the price of oil exceeds the strike price, Citibank will pay the difference between the strike price and the market price for oil imported during that period. So by lowering the strike price it increases the chances of getting paid.

Expectations are that crude prices might climb back to US$75-US$80 per barrel on the world market this year. However, oil prices have fallen below US$50 as US crude stock rises.

The oil hedge programme aims to reduce Jamaica's exposure to changes in crude oil prices over the medium term. It is being financed by a new special consumption tax on petrol implemented in March - $5 out of every $7 per litre will go to the initiative or $4.6 billion this fiscal year. Therefore, Government could conceivably finance another two million barrels this year.

Jamaica consumes 17 million barrels of petroleum products, nine million of which are crude oil imports, while the rest is finished products.

The hedging arrangements are focused on the crude imports, which Jamaica sources almost exclusively from Venezuela at market prices.