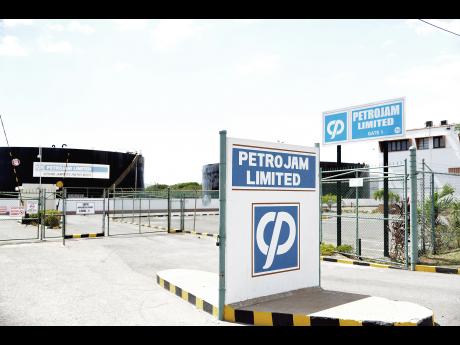 Jamaica has formally told the global markets that it has an agreement in principle to buy back a portion of its PetroCaribe debt for US$1.5 billion, but did not say how much of the debt it will liquidate and what discount it is being offered by the Venezuelan state oil company PDVSA.

However, in Kingston on Thursday, banking sources confirmed that the face value of the debt cleared is US$2.92 billion, suggesting that discount will be just over 51 per cent, or similar to that received by the Dominican Republic when it bought back over US$4 billion of Venezuelan credit in January.

The amount being cleared covers all of what Jamaica owed on its oil imports to the end of last December and leaves an outstanding balance of around US$280 million, built up over the past six months, the sources said.

Finance minister Dr Peter Phillips was not immediately available for comment on the development and Wesley Hughes, the CEO of the PetroCaribe Development Fund (PDF), declined to speak on the debt transaction.

"There is a protocol that has been developed on who will speak to the negotiations, which I have to honour," Hughes said.

Jamaica told the US Securities and Exchange Commission (SEC) of its letter of intent signed Tuesday with Venezuela in the context of its plan to raise US$3 billion on the global bond market, or twice as much as it will, on the face of it, require for the deal with Caracas.

Among the most significant elements of the deal is what it will do to the ratio of the Jamaica's debt to national output - it would slash the debt by double-digit percentage points.

In the SEC filing Jamaica said had the swap occurred at the end of March 2015, its total debt, as defined under the Extended Fund Facility arrangement with the International Monetary Fund, would have been 10.4 percentage points below the 136.7 per cent of GDP ratio recorded at that time. However, figures on the finance ministry's website estimated the debt at 138.5 per cent of GDP, or 1.8 percentage points higher than the SEC filing.

"If the assignment of the PDF debt to the Government of Jamaica had occurred at the end of the 2014/15 fiscal year, the EFF debt to nominal GDP ratio would have been 126.3 per cent," said the documents.

Put another way, the EFF debt would have been reduced by $166 billion at the end of March, or by just under US$1.5 billion at the time, indicating somewhere around a 50 per cent discount on the PetroCaribe debt.

Just as the Jamaican Government entered into the letter of intent with Caracas, it registered an additional US$2 billion in debt securities which it plans to put up for sale, along with US$1 billion in notes it had previously registered but not yet sold to the market.

It is too early to say how much of the US$3 billion the Government will raise, but it is clear they expect to comfortably surpass the amount needed for the debt buy-back deal.

"Jamaica will use US$1.5 billion to purchase the PDF debt from PPSA and the remaining net proceeds will be used for other budgetary purposes," said the SEC filing.

PetroCaribe debt currently carries an interest rate of one per cent per year over a period of 25 years.

The PDF's interest costs were around US$30 million last year; plus, the vehicle used to manage the borrowing and lending of PetroCaribe debt makes a surplus of US$100 million each year. Therefore, the fund could conceivably manage an interest rate of over four per cent, based on Financial Gleaner calculations, although the organisation would be stressed at rates closer to five per cent. That assumes that the PetroCaribe Development Fund would ultimately be used to repay the portion of the bond to be used to pay down the oil debt.

The debt buy-back deal addresses another challenge which is emerging for the Government.

After the transaction, the PetroCaribe arrangement will remain in place, where Jamaica will continue to be able to convert a portion of its payments for oil to Caracas into debt.

"As I understand it, none of the permutations of a proposed deal on the debt would result in the PetroCaribe arrangement being terminated," said Hughes in a previous interview.

"We do not expect the credit programme to end after any debt initiative. We therefore do not expect Jamaica to pay 100 per cent for oil from Venezuela immediately as a result of any debt deal," he said.

Similarly, the senior deputy governor of the Bank of Jamaica, John Robinson, said the central bank knew of no imminent change to the terms under which Jamaica buys PetroCaribe oil and as such expected "no consequential impact on the balance of payments arrangement" from the debt deal.

Hughes said the work of the PetroCaribe Fund, which oversees a portfolio of domestic debt issued as backing for development projects and investments, would continue.

But, at lower international oil prices, net inflows from PetroCaribe are projected to be negative over the medium term, according to a report published by IMF staff in April.

More specifically, the cost of debt amortisation, coupled with interest payments, is expected to balloon past gross inflows from the oil purchase-debt conversion by next year.