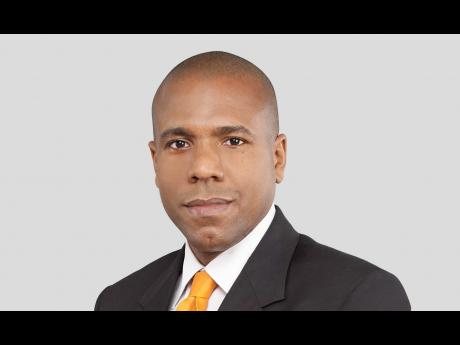 Proven Investments Limited has agreed to back as much as 55 per cent of the financing needed by a local consortium of bidders who are going after the Petcom asset.

The financing would be structured as debt, a portion of which might be converted to equity in the future, Williams told the Financial Gleaner, while noting that his company was impressed with the expertise and willingness of the local group to go after the petroleum marketing company in the face of heavy competition from multinationals.

"We think that they are solid entrepreneurs and they have the competence to add value to this asset, and our role is to look for investment opportunities right across the Caribbean to back entrepreneurs with solid track records and drive and just need the additional cash," said Williams. "We see these guys as being exactly that."

Proven Wealth Limited, another member of the Proven group, is acting as financial adviser to the consortium - EDJ Acquisition Company Limited - whose members include current gas station owners Hugh Coore and Trevor Heaven.

Those same businessmen have recently partnered with others on another petroleum marketing venture, Fesco, which launched into business last year and now has four gas stations in the network plus six other operators who are affiliated but do not yet wear the brand. That operation, however, is much smaller than the state-owned Petroleum Company of Jamaica, which has 24 gas stations and 14 LPG filling stations in its network. Petcom's assets were last valued at $11 billion. As the fourth-largest player, it controls about 12 per cent of the petroleum distribution market with sales of around $10 billion per year.

Bids for the marketing company are due by August 16, the deadline having been pushed back from June 30. Divestment agent, the Development Bank of Jamaica, says the deadline was extended "due to a request by a potential bidder as well as to facilitate the due diligence exercise by potential bidders including the provision of updated environmental assessments".

The EDJ group is bringing the other 45 per cent financing to the table, Williams said, which he also takes a healthy sign of their commitment to the project.

Chairman of EDJ Acquisition, Ewart Scott, said they stand ready with their 45 per cent input, but did not disclose the source of those funds.

"We are clear that it is best for Jamaicans to retain these assets so that we can reinvest the profits directly into the Jamaican economy. That is why we are going after Petcom with all the resources at our disposal and the backing of local people in the industry," Scott said.

Alongside Scott, Coore and Heaven, the EDJ consortium includes some of the independent dealers who operate Petcom service stations. The group faces steep competition as one of 11 potential bidders that were showing interest in bidding for the asset up to the end of June.

Assuming EDJ is triumphant, Williams said future negotiations would determine whether Proven Investments would take an equity in Petcom and how big a stake it would be, in exchange for some or all of the 55 per cent debt capital, which will be issued in the form of a performance-linked instrument. Typically, such financing is structured so that the face value of the bond changes, depending on the performance of the asset it backs.

Petroleum Company of Jamaica owns eight of the active Petcom service stations in its network, which are located at Slipe Road, Kingston; Twickenham Park and Portmore in St Catherine; Negril, Westmoreland; and Santa Cruz, Black River and Southfield in St Elizabeth.

Of the other 16 independently owned stations, EDJ Acquisition said previously that it had struck agreements with eight of them, as well as eight of the LPG dealers.

Petcom is believed to be worth around $2 billion, an estimate partially based on industry talk that an informal bid of US$20 million had been placed at one time before the Jamaica Government but ahead of its roll-out of the divestment programme for the energy company.