David Jessop | Cuba and the internet 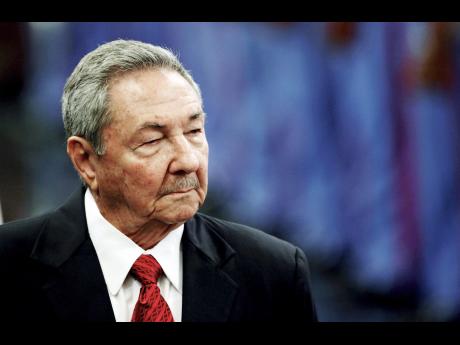 In the last seven months, much has been written about Cuba and the reopening of full diplomatic relations with the United States.

For the most part, media interest has outpaced reality, demonstrating little understanding of the difficulty of what comes next; how it implies that

two geographically proximate nations with completely different motivations will have to accept living side by side, or that it is an important background to the major changes under way in Cuba's socially driven political and economic system.

The consequence has been that in the US, Europe, and much of the rest of world, there is little sense that the final process of fully normalising relations between Cuba and the US, if it ever happens, will be hugely complex and politically challenging for both sides; let alone how it forms a part of what Cuba is trying to achieve to reorient its economy and society before those who led its revolution hand over to the next generation.

In reality, both countries are only now at the beginning of a new, long, and complex second stage of an uncertain process that if successful, will only take the two countries a few steps closer to the possibility of the full normalisation, which from a Cuban perspective would require the US to accept that Cuba will continue to develop its unique form of socialism free from external interference.

To this unlikely end, both sides are just beginning a dialogue that requires elements of a history of mistrust to be set aside and the focus placed on issues that have both practical and political dimensions.

By mutual agreement, Cuba and the US have established working groups on human rights; air services agreements; cooperation on security issues, including counter-narcotics and counterterrorism; postal services; negotiations on the delimitation of boundaries in relation to possible undersea oil exploration involving Mexico, the US, and Cuba; approaches to coordinated disaster response; cooperation on public health issues; law enforcement; addressing the issue of fugitives from justice; telecommunications and the Internet; issues relating to trade; and on migration.

In the background, there is also the looming and fraught issue of US-registered claims for assets seized at the time of the Cuban revolution, a matter that the White House has said that it wants to make a priority.

Resolving these issues alone will require, as President Castro noted recently in his closing remarks to a meeting of the Cuban National Assembly, the will to find solutions to problems that have accumulated for more than five decades. "As we have said, it's a question of establishing a new type of relationship between the two states, different from those of all our common history," he said.

If the negotiating phase just starting will be difficult, then whatever might follow in relation to full normalisation may prove politically impossible.

As President Castro observed when he spoke to the National Assembly, "it is inconceivable, while the blockade is maintained, that there be normal relations between Cuba and the United States".

"To normalise bilateral ties, it will also be necessary that the territory illegally occupied by the Guant·namo Naval Base is returned; illegal radio and television transmissions to Cuba ended; programmes aimed at promoting destabilisation and internal subversion eliminated; and the Cuban people compensated for the human and economic damages caused by the policies of the United States," he said.

In all of this, what is little understood is that Cuba's primary focus remains on the far more fundamental continuing process of reform, involving economic restructuring, the decentralisation of decision making, the creation of a new socialist development model, the need for increased productivity and foreign invest-ment, individuals taking greater personal responsibility, and preparations for new thinking and generational change.

Anyone who takes the trouble to read the Cuban media will see that while the dialogue with the US is important at both an official and street level, the emphasis remains firmly on the many related issues addressed in increasingly frank, well-publicised debates that have been taking place in recent weeks in the Cuban Council of Ministers, the Commissions of the National Assembly, and at the 10th Congress of Young Communists.

All of which is happening as the country is developing possibly far-reaching new electoral laws, working towards the socially difficult issue of unifying its two currencies, and is to debate next year a paper on 'the theoretical conceptualisation of socialism in Cuba', which may reveal an updated development model.

In this context, one debate that goes to the heart of what the county will be like when a new generation starts to take over, around the time that President Castro steps down in 2018, concerns the future role of the Internet and social media.

By extension, it says much about the challenge Cuba faces in adapting a uniquely Cuban socialist model forged in the Cold War to meet the way that the world now is, the embrace of economic globalisation and information technology, the changing aspirations of its young people, and the ways Cuba's leadership believes the US in future may seek to bring about a change in Cuba's political system.

It revolves around issues that go to the heart of whether Cuba will be able to retain at least the principal characteristics of its unique socialist model far into the future and how new generations learn about and understand the country's and their own identity, independence and history.

It speaks, too, to the gulf of expectation that has been growing for some years now between often highly educated young Cubans and a growing class of small entrepreneurs and more traditional conservative figures in the country's leadership and the Cuban Communist Party.

In February, Cuba's First Vice-President Miguel Diaz-Canel, who it is suggested will be elected to succeed President Castro, spoke about the need for the country to develop Internet access for all its citizens, but within Cuba's cultural and social objectives.

His comments and the simmering debate before, and which followed, suggested that the purpose of the Internet, social media, and electronic games, film and television posed philosophical challenges for Cuba of a historic, cultural, and deep-seated nature.

The suggestion was that for Cuba, beyond the practical problems of delivering connectivity, defining the purpose of the Internet went to the heart of existential tensions between its experience and social structure and a society in which many of its young and individuals want more materially.

Up to now, media coverage beyond Cuba has missed almost all of this. It will be the subject next week of the second part of this column.