10% of public entities to be certified as commercial 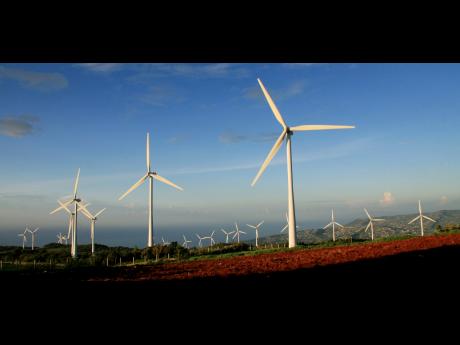 File
Wigton Windfarm in Manchester. Wigton Windfarm Limited was among public bodies which contributed significantly to the positive variances on the Government’s overall balance during fiscal year 2014/15.

The criteria for determining which entities would be deemed commercial and could be excluded from the coverage of the fiscal rule have now been completed, according to the Ministry of Finance and Planning.

The associated regulations have also been completed and a sensitisation programme was scheduled to get under way in the first quarter of fiscal year 2015/16, the ministry said in the June 2015 updated memorandum of economic and financial policies submitted to the International Monetary Fund (IMF).

According to the 2015/16 fiscal policy paper, the current fiscal governance framework has quite an extensive coverage in that it includes the specified public sector, defined as the public sector less public bodies certified as commercial by the auditor general.

It said the group that could be eligible for certification as commercial is very small, based on the established criteria.

Effective April 1, 2017, the applicable fiscal balance and public-debt target, under the enhanced fiscal rules, will cover those entities that comprise the specified public sector. This means that the coverage will be much wider than the central government, even though it will not include the entire public sector.

Based on the established criteria, more than 90 per cent of the public sector is likely to be covered under the enhanced fiscal rules. Only those certified as commercial will be outside the coverage of those rules.

According to the fiscal policy paper, the imperative of commercial viability of select public sector entities, within the context of the enhanced fiscal governance framework, was recognised during consultation with the IMF.

In other words, it said there are some self-financing public bodies that are operating in a purely commercial capacity and which may need to undertake significant investments, but if they are captured under the fiscal rules there would be limited fiscal space to permit those investments.

The criteria for determining whether a public body primarily carries out functions that are of a commercial nature consist of four standards.

First, fiscal independence in that the price that a public body and each of its subsidiaries, if any, charges for its products or inputs is consistent with full cost recovery for public bodies that operate in a regulated industry, based on the average prices over the last three financial years preceding a decision or determination by the auditor general, or determined independently without requiring government approval in the case of public bodies that do not operate in a regulated industry.

In addition, the public body has not, in the three preceding years, received any subsidy or other financial support from the government or given preferential tax treatment, and the government has no outstanding financial guarantees in respect of that body.

Second, the public body has independence of human resource decision-making in that staff positions are not included in the civil service establishment. It has legal autonomy regard employment decisions, such as hiring and termination.

Third, in regards to financial standards, the auditor of the public body has expressed an unqualified opinion on the financial statements, including an opinion that the accounts comply with International Financial Reporting Standards.

In addition, the public body's annual reports, including audited financial statements, have been submitted in accordance with the Public Bodies Management and Accountability Act and, on average, over the three preceding financial years, recorded a positive net profit, after tax, on a stand-alone or consolidated basis.

The average long-erm debt-to-equity ratio of the public body on a stand-alone or consolidated basis over the three preceding financial years should be no more than 2.5, where long term debt means an obligation that is due for more than a year.

Alternatively, the positive working capital and current ratio of the public body on a stand-alone or consolidated basis, should be at least 1.2.

The fourth criterion is transparency and governance. the public body must have a functioning audit committee, as well as annual reports, including audited financial statements which complies with and discloses information required by the Public Bodies Management and Accountability Act.

According to the fiscal policy paper, there are approximately 190 active public bodies currently on register, with 80 or 42 per cent classified as self-financing.