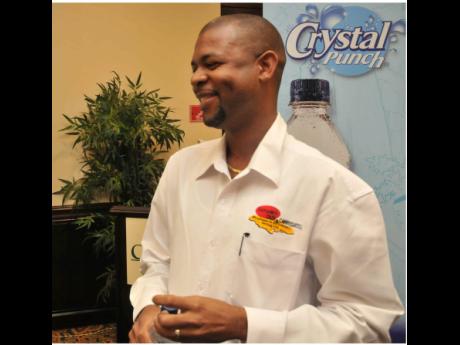 The company acquired the assets of Northern Cash and Carry, a 15,000-square-foot store at 3 Harbour Street, which had been closed for some time ahead of the takeover.

Derrimon previously disclosed the purchase in its quarterly earnings report but not the price paid. Now, chief financial officer Ian Kelly said the company invested "just about $40 million" in the operation.

The Sampars network now comprises six stores, but the company aims to continue growing via acquisitions.

"It's the first location that we have taken over from zero, because for most of them, we did the refurbishing while the business continued," said Sampars General Manager Craig Robinson of the Northern Cash and Carry purchase.

"We had to do the entire infrastructure of the store, including the redesign of the interior to make it more comfortable, and put in more cold rooms and stuff," he said.

The new Sampars is expected to perform on par with the flagship Marcus Garvey Drive, Kingston outlet, the CFO told Wednesday Business.

The northern Jamaica location opened in May with 23 staff, serving Steer Town, Priory, and other areas around St Ann's Bay.

Derrimon expects to recoup its investment in the new outlet within two to three years, and is banking on a captive market for the wholesale operation to meet that goal.

"There is nothing of that nature in St Ann's Bay up to Discovery Bay, so we expect to see uplift in the customer base by the awareness of the fact that the store has been reopened," Kelly said.

"Obviously, it's going to take quite a bit of doing to get the business going to where we want it to go," added Robinson.

"That's why we are doing a grand opening to bring some attention and let people know that wherever they have gone they can come back. We are ready to sprint," the GM declared.

"Old Harbour has exceeded our expectations. It is one of the flagships right now," said Kelly.

"Our model is to go in and buy assets, not buildings, improve the assets and enter into long-term leases, and that is what we have done with all our stores," he said.

The next acquisition is likely to be in western Jamaica, but the company is not currently pursuing any particular leads, he said.

Derrimon declined to name the sellers of Northern Cash and Carry, but a search of Companies Office of Jamaica records indicates that the business was owned by Michael DaCosta, Joan Chin and Richard Tomlinson.