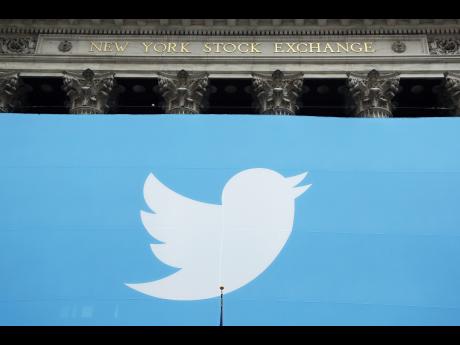 AP
In this November 7, 2013, file photo, a Twitter sign is draped on the facade of the New York Stock Exchange before its IPO in New York. (AP Photo/Mark Lennihan, File)

Tepid user growth and ongoing uncertainty about its leadership dragged Twitter's stock to its lowest level in over a year Wednesday, even though the short-messaging service reported sharply quarterly higher revenue.

Twitter is "not satisfied" with its user growth, co-founder Jack Dorsey, who replaced Dick Costolo as CEO earlier this month, said Tuesday after the earnings report. But that's unlikely to change any time soon.

Twitter doesn't expect to see "sustained, meaningful growth" of its number of users until it reaches the mass market, said Chief Financial Officer Anthony Noto. This, he said, will take considerable time.

While the company is planning to boost its marketing efforts to lure in new users, Noto also acknowledged that the site remains too difficult to use for many people.

On average, Twitter had 316 million monthly active users in the second quarter, up less than three per cent from the previous three months.

"Stagnant user growth suggests Twitter is still trying to find its place in the social media food chain," said Colin Sebastian, an analyst at Baird Equity Research, in a note to investors.

While Twitter's quarterly results easily surpassed Wall Street's expectations, the analyst said the company's potential "remains in question due to the perceived 'niche' adoption when compared to other social media peers" such as Facebook with its nearly 1.5 billion monthly users, or Snapchat with its 100 million daily users.

The San Francisco-based company's stock fell US$5.08, or 14 per cent, to US$31.46 in afternoon trading on Wednesday, hitting its lowest levels since May 2014.

The stock is down 12 per cent since the beginning of the year. In comparison, the Standard & Poor's 500 index is up 2.4 per cent year to date.