JNBS bullish on transformation to commercial bank after seven-year wait 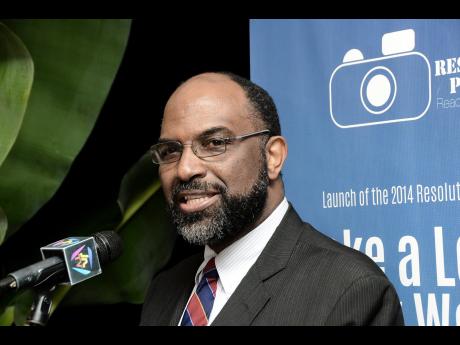 Jamaica National Building Society (JNBS) expects to complete its transition to a commercial bank by the first quarter of 2016, with equipment and property already acquired for the transformation, says General Manager Earl Jarrett.

The building society is still awaiting its banking licence from the Bank of Jamaica, but appears to have made sufficient headway in its talks with the central bank.

"I am really expecting that by next year February/March, we should be ready to open the doors. Every JN location will become a bank and the building society will fall away," Jarrett told the Financial Gleaner following the society's annual general meeting in Kingston on Wednesday.

The building society also invested $79.8 million of capital on the procurement of bank equipment to facilitate chequing accounts, website development, and other expenditures.

Another $82.6 million was spent to acquire property at 8 Belmont Road in New Kingston, which Jarrett said would be transformed into a branch that mainly serves big clients.

JNBS is Jamaica's largest building society, and the oldest, in a market of just three players. It manages $121 billion of assets in a sector last valued by the central bank at $226 billion at March 2015.

The society was founded back in 1864, having started out as Westmoreland Building Society. After a series of mergers, that were characteristic of the society's growth strategy since its early formation, the name JNBS was adopted in 1970.

In its over 150-year history, JNBS has grown into a financial group with businesses that span insurance, fund management, information technology, among others, alongside its core business of mortgages. Its operations have also expanded geographically beyond Jamaica to Cayman Islands, United Kingdom, Canada and the United States.

As a commercial bank, the new operation is expected to have a new name, but JNBS said Thursday that it would not be appropriate to comment on the new identity without the licence in hand.

Once approved, JN will become the seventh commercial bank. The size of its assets, however, would immediately rank it as the third-largest player, a slot now owned by Sagicor Bank Jamaica.

Work to change the society's structure began as far back as 2008. Within that time, Wednesday's announcement was the most bullish the society has been about the transformation.

"In anticipation of becoming a commercial bank, JN invested significantly over the year in improving our credit management processes. We expanded the credit department; revised the credit policy; recruited new staff and engaged international consultants to provide training for our team members," Jarrett said.

"We are also far advanced in setting up our new personal banking division," he said, for which the Belmont property was acquired. "That is going to be our private clients' unit. That's where we are going to be able to give even higher levels of service to particular clients that meet particular thresholds," Jarrett told the Financial Gleaner.

"As you know, most of the banks have a section for what they call their private clients, where they are able to offer a range of services. People will be prepared to pay for some of the services there," said the JNBS boss.

JNBS has also completed the development and testing of its credit card which "will be the first chip and PIN card available in Jamaica, (and) will now be available to our members very soon," said Jarrett.

"It's safer, and also the pricing is going to be better. We know people have issues with the way (credit card) interest is calculated. We have come up with a formula which will be fair," he said.

JNBS was barred from that market as a building society.