Francis Wade | Why your company should not be ignoring its ‘promisphere’ 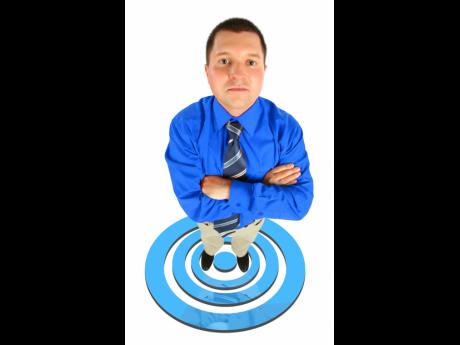 If you suspect that there is something wrong with your corporate culture here's one way to start cleaning things up now, before the situation worsens.

The 'promisphere' in your company is defined as a network consisting of every promise ever made. Each individual commitment contributes to the overall promisphere, regardless of its current state.

Because a promise is a human invention of the mind, according to "Promise Theory" by Bergstra and Burgess, it's little more than a psychological object. However, the promisphere is a powerful indicator of your company's health as it limits what can be accomplished, especially when it's in bad shape.

Picture a fish-tank. The fish are like employees and the water can be compared to the promisphere. Each time a fish poops it pollutes its own surroundings just a little. Over time, if nothing is done to correct the situation, the water poisons and kills all its inhabitants.

In like manner, in your company, whenever someone breaks, forgets or abandons a promise it pollutes the promisphere. Eventually, the problem escalates if nothing is done to reverse the effect and getting even simple things done becomes harder.

As the bonds of trust fray, people are forced to invest a greater effort to maintain the same level of productivity. After a while, those who care the most get burned out and either stop trying altogether, or circulate their resume in an attempt to abandon ship.

If this resonates with you at all don't despair yet. Every company has a promisphere and if a leader insists that his firm's promisphere is absolutely clear, don't believe him. The reason is simple - companies are staffed with imperfect human beings who make promises every day and fail to keep them. In other words, the promisphere is continuously being polluted, without exception. The danger is not taking urgent action to reverse the decay. What can your organisation do to make sure that it's promisphere is being cleaned up?

Like pancreatitis, executitis is a slow, silent killer. It's a condition in which top managers lose touch with their people, including the state of the promisphere.

After some time, even well-meaning executives come to believe that broken promises don't matter very much. They trust that, at the end of the day, staff will give them a big bligh, understand the pressures they are under and just forget about past promises. It's not an insane tactic.

Working Jamaicans trust their leaders far too much, leading to disillusionment when they see them ignoring the promisphere.

They make it too easy for executives to ignore the power and intelligence of the crowd - their staff. Leaders fail to notice that even a brand new employee can recall a broken, unfulfilled promise made decades ago. They don't simply disappear.

On the flip side, an executive who understands the promisphere and how it's being polluted every day is hyper-aware of every single promise he makes. It's hard work to stay on top of all of them, but it pays off in the trust it generates.

An executive who is aware of the promises he makes also must become skillful at cleaning things up when they are broken. Sometimes it requires a simple email, for example, apologising for arriving late at a meeting. At the other extreme, I have seen executives write and read letters to their staff, taking responsibility for failing to perform their duties.

These are the sort of actions that clean up a company's promisphere. Others include: telling the truth openly; seeking reconciliation; asking for forgiveness; making amends; and offering apologies.

In all cases, responsibility is taken wherever it has been lacking.

It's heady, transformative stuff. I have written letters like the ones I described and as gut-wrenching as they are, they often do change everything. The first attempt can be stressful, but anyone can deliberately strengthen their skills via intense practice sessions with a trained coach.

Unfortunately, new awareness and skills aren't enough. It's challenging to have a confronting conversation with a boss, colleague, direct report or other stakeholder.

Cleaning up the promisphere calls for a level of courage many executives don't possess.

People will do anything to avoid these tough conversations indefinitely, trying hard to find plausible reasons to avoid them altogether. If you doubt this assertion, bring to mind three people you don't believe you can effectively confront regarding a broken promise either of you has made. If you cannot find an example, just ask someone who knows you well.

Courage can be developed with the support of your colleagues. They can provide emotional cover.

Fortunately, the manager who avoids executitis, but grows in skill and courage makes staff members feel respected as they clean up the promisphere.

They restore the capacity of their companies to perform.

n Francis Wade is a management consultant and author of "Perfect Time-Based Productivity". To receive a free summary of past articles, email: columns@fwconsulting.com