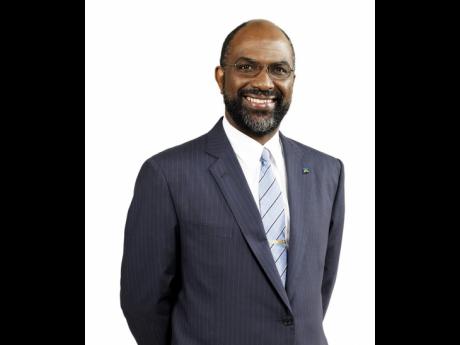 Cayman banks are shedding their money transfer clients, but Jamaica National Building Society (JNBS) says it is in dialogue with Cayman National Bank (CNB) so it can continue offering remittance services in that country through its JN Money Service subsidiary.

Western Union locations in Cayman have already locked down - a consequence of the ongoing shift by foreign banks away from doing business with money transfer market, which is perceived as being exposed to scams and money launderers.

However, Western Union has told Sunday Business that the lockdown would be temporary.

JN Money Services banks with the CNB to facilitate its remittance transfer service but was handed a month's notice to close its accounts with the Cayman-based banker - which has expired.

"The bank has indicated that we should shut down our account within 30 days. We got the notice 30 days ago but then they have given us an extension. We think we are going to resolve it," JNBS's general manager, Earl Jarrett, told Sunday Business.

Although the notice has expired, he said, JNBS is banking on current talks to avert a closure.

"My understanding is that the Cayman National Bank, which is the banker for many money services, has decided they want to de-risk their business and do less remittance business. There is speculation that it could be because of corresponding banking relationships," he said.

"It is an issue that affects us in America and all over the world where, since 9/11, people have taken a very negative attitude towards remittance companies and banks have just not been banking remittance companies. The issue really is the banker in the community deciding that he is not going to bank these entities," Jarrett said.

Western Union, the global leader in remittances, had its Cayman outlets shuttered on July 17, when the near 20-year franchise operated by Fidelity Bank and Trust International pulled from the market.

Jamaica's GraceKennedy Money Services is the agent for Western Union in several Caribbean countries, but Cayman Islands is not one of those markets, and as such is not affected by the current developments, GraceKennedy group CEO Don Wehby confirmed.

Fidelity Bank and Trust International said its exit from the money services market is meant to de-risk its business. Its eight locations were spread between Grand Cayman and Cayman Brac.

Western Union told Sunday Business via email that it is working to restore services in Cayman "as soon as practicable."

For JN Money, the Caymans Islands represents "a very significant market," Jarrett said, with JN as the largest player handling "also most 90 per cent of the money transfer business" there.

JNBS's remittance arm posted net profit of $176.5 million for the financial year ended March 2015, up from $61 million in the previous year. JN Money revenue rose to $2.29 billion for the year, reflecting 10 per cent growth.

Pressed on the contingencies if the talks with CNB fails, JN said only that it is confident the matter will be resolved.

"It's a particularly important matter to follow up because Cayman is the third largest source of remittance to Jamaica, and I think this is a matter that - country to country and banker to banker - we need to discuss as it impacts migrant worker transfers," Jarrett said.