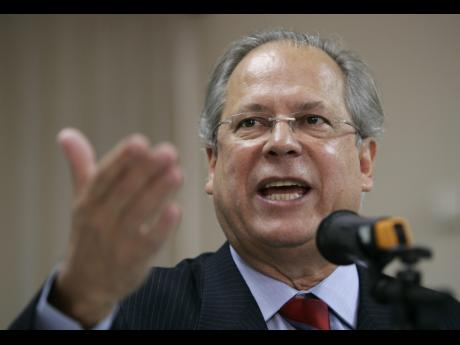 Police in Brazil have arrested former presidential chief of staff JosÈ Dirceu, the most senior member of the ruling Workers' Party to be taken into custody in connection with corruption at the state-owned oil company Petrobras.

Dirceu served as former President Luiz In·cio Lula da Silva's chief of staff between 2003 and 2005. He was arrested on Monday in his home in Brasilia, where he was under house arrest serving an 11-year sentence for his involvement in a cash-for-votes scheme in Congress more than 10 years ago.

Prosecutors say Dirceu masterminded the kickback scheme at Petrobras, accepted bribes while in office and continued to receive payments from contractors after he was jailed in late 2013 for the vote-buying scandal.

According to prosecutors, the Petrobras scheme involved at least US$800 million in bribes and other illegal funds. Some of that money was allegedly funnelled back to the ruling Workers' Party and its allies' campaign coffers. It also allegedly included the payment of bribes to Petrobras executives in return for inflated contracts.

Dirceu's consultancy, which he opened when he was no longer chief of staff, allegedly received funds from companies prosecutors said were involved in the Petrobras scheme.

Prosecutor Carlos Fernando dos Santos Lima described Dirceu as "one of the main leaders of the scheme who allowed it to exist and benefited from it".

He told reporters that neither Silva nor President Dilma Rousseff were targets of the probe into the Petrobras scheme, but added that "no one is exempt from being investigated".