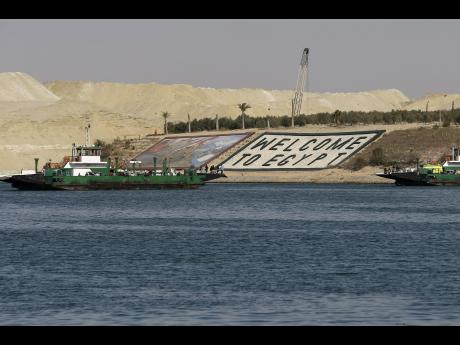 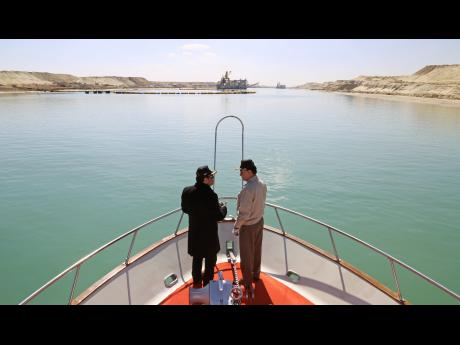 Egypt is to unveil a major extension of the Suez Canal today, Thursday, a mega project that has emerged as a cornerstone of President Abdel-Fattah el-Sissi's efforts to restore national pride and revive the economy after years of unrest.

The 1869 inauguration of the canal linking the Red Sea to the Mediterranean was hailed as a leap into the modern age, and President Gamal Abdel-Nasser's nationalisation of the British and French-run waterway in 1956 was seen as marking Egypt's decisive break with its colonial past. That sparked the second of four wars with Israel, including a 1973 offensive launched across the canal that Egyptians celebrate as their greatest military victory.

The government hopes for another historic moment Thursday, when it unveils a US$8.5-billion extension of the waterway funded entirely by Egyptians, without foreign aid. The media and government supporters across the board have breathlessly repeated the same message - after four years of strife and the overthrow of two presidents, Egypt is back.

"Our culture can be very sentimental, and this was the first time Egyptians have been so galvanised," said Adel Beshai, professor of economics at the American University in Cairo. "It was a brilliant idea by el-Sissi - the Egyptians now own the canal."

He views the expansion as the first step in a new area of development, free of the public sector's notoriously crippling bureaucracy. The key global trade route is already one of Egypt's top foreign currency earners, and is run by a semi-independent authority with 25,000 employees that is considered one of the country's most competent bodies.

"It is opening infinite horizons. It is going to be handled outside the ossified bureaucracy that has been holding us back. What is being done there is done with extreme efficiency and a scientific approach," Beshai said.

The new extension involved digging and dredging along 72 kilometres (45 miles) of the 193-kilometre canal, making a parallel waterway at its middle that will facilitate two-way traffic, accommodating the world's largest ships. With a depth of 24 metres (79 feet), the canal now allows the simultaneous passage of ships with up to 66-foot draught.

Originally planned as a three-year project, el-Sissi ordered the new segments to be finished in just one, citing the pressing need for an economic boost. Work has been non-stop ever since, and at one point 43 massive dredging machines were cranking away.

The canal drew in a record US$5.3 billion last year, a figure the government estimates it can raise to US$13.2 billion by 2023 if it doubles the number of ships transiting daily to 97 vessels.

"It's not about capacity, it all depends on trade between East and West, growth in the world economy, especially in Europe, and how the (authority) handles its fees," said Xu Zhibin, managing director for the Egyptian affiliate of China's state-owned COSCO, one of the world's top container shippers.

The project's success also depends on the security situation. To the east of the canal, a long-running insurgency in the Sinai Peninsula has intensified since the military overthrow of Islamist President Mohammed Morsi in 2013.

An Islamic State affiliate has carried out several major attacks on Egyptian security forces, killing scores of soldiers and policemen there. The Egyptian mainland has also seen a series of attacks, including the bombing of the Italian Consulate in Cairo last month, which was claimed by the IS group.

The government blames almost all the attacks on Morsi's Muslim Brotherhood, which prevailed in a series of elections held after the 2011 overthrow of longtime autocrat Hosni Mubarak but is now branded a terrorist group. Morsi and other top leaders have been jailed and sentenced to death, and a sweeping police crackdown since his ouster has killed hundreds of Islamists and jailed thousands.

Some analysts say security remains a concern for foreign investors, whose capital is needed for the next stage of the project — the expansion of the canal zone to include a logistics hub and manufacturing centres.

"In theory at least, Egypt has many of the ingredients to become a manufacturing hub," wrote William Jackson, senior emerging markets economist with Capital Economics, in a note. "We remain concerned that Egypt's security situation and poor business environment may deter investment."

That second stage, which would generate badly needed jobs for Egypt's surging population, is still being developed and would take years. El-Sissi's office said the next step would focus on the East Port Said area, the expansion of its harbour and the development of an industrial zone that would cover 40 million square metres (430 million square feet) and eventually generate some 400,000 jobs.

"It will take time to see tangible investment," said Angus Blair, chairman of Mideast business consultancy Signet. "There is significant interest in the areas to get developed around the canal which, if developed well, should generate new jobs and business development."