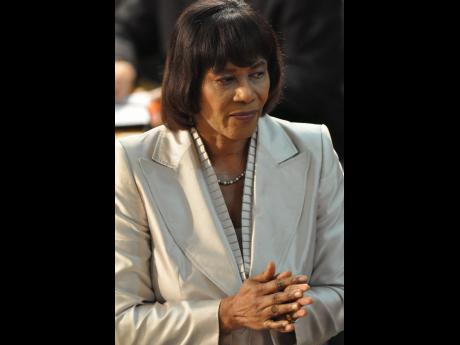 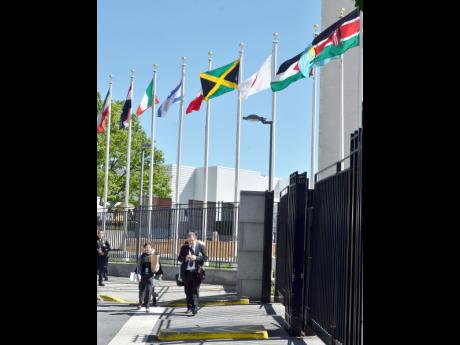 IT WAS one of her better-delivered speeches and the message was clear. As the prime minister of Jamaica, Portia Simpson Miller, was making the call for "comprehensive debt relief for Caribbean small island developing states (SIDS) that would gradually write off 100 per cent of their multilateral debt stock" from the podium of the Security Council at the United Nations..

She went on to say she believes the call for such a write-off "is timely".

"In our view," the prime minister said, "this proposal is worthy of serious consideration and support from the international community".

Her message was clear but some believe what she labelled as a 'timely' call showed, in some observers' view, awful timing. Two weeks ago, her minister of finance tapped the eurobond market for US$2 billion, while earlier this week, the board of one of our largest multilateral donor, the Inter-American Development Bank (IDB), was being approached to extend the largest loan to Jamaica since 2010.

So what is her message to Jamaica's lenders from the podium of the Security Council?

The country head of IDB disclosed, in a radio interview earlier this week, that her institution has an exposure to Jamaica which exceeds US$900 million. If this week's requested amount of US$130 million is granted, it will push that Jamaican exposure to more than US$1 billion. So the head of the Jamaican Government, Portia Simpson Miller, is saying lend us your money, IDB, but I'm putting you on notice that we want you to write it off as 'debt relief'.

Regardless of their public compliments for the costly PetroCaribe buy-back bond deal - they had no choice, so their compliments focused on the debt-reduction angle of the transaction, which is their agenda and mantra - officials of the three multilaterals must have had raised eyebrows after hearing so public a call for debt relief from the prime minister. Both the IMF and World Bank have near-similar loan exposures to Jamaica of about US$500 million each.

If the multilaterals followed diplomatic decorum and raised only eyebrows while masking disquiet with their silence, the executives of some institutional bondholders and private investors would have exclaimed in expletives that would have had to be deleted. They are the ones who hold the vast majority of the approximately US$15-billion debt stock Jamaica has in the bond market.

The prime minister's speechwriters tried their best to couch the revolting thought - absolutely revolting to lenders - in graciously careful language. They also exerted obvious effort to ring-fence the offence to the books of the multilaterals.

No luck with that effort. When a country's prime minister uses the terms 'comprehensive debt relief' and 'write off 100 per cent of their multilateral debt stock' on the podium of the United Nations Security Council, everyone listens! And when the multilaterals have such a relatively small portion of Jamaica's oversized debt bundle, the private firms and investors begin to fear if they are next on the 'write-off' list. It's a natural response, feeling and outcome from such a pronouncement.

The fear could quickly morph into anger on the part of many bondholders - especially the ones who just purchased the two issues totalling US$2 billion. If the investors in the new bonds were not told that exactly a week after their money was taken in from those new bond transactions, Prime Minister Simpson Miller was going to a Security Council debate to call for debt relief, they will feel that they were deceived with less than full disclosure.

Bondholders are now going to have to take a new look at that PetroCaribe buy-back bond deal about which they were so excited and effusive a couple weeks ago. When a borrower that has the quite remarkably positive debt repayment record that Jamaica does - they may give a couple of winks for NDX glitches which only affected 'local' bondholders - makes such a public call for debt write-off, there is cause for some alarm.

The analysts at bond houses, to which I imagine the finance minister will want to return to borrow, are not going to focus on the level of our debt stock - regardless of what Dr Phillips, the IDB, IMF and genuine supporters and sycophants of the recent bond deal trumpet about the positive effect on our debt-to-GDP ratio. The analysts are now going to focus on the effect of the much higher regular interest payments on the new bonds on the country's cash flow.

If we are asking for debt relief it means cash is tight, regardless of the level of our debt stock. Both Greece and Puerto Rico have gone public and asked for debt relief and write-offs. The Aegean-European supplicant has a debt-to-GDP ratio of about 176 per cent while the Caribbean defaulter's US$72-billion debt is approximately 70 per cent of GDP. Bondholders as lenders to these countries now only worry about these country's cash flow and ability to service their debts - not the size of the debt stock.

Jamaica has just given up really easy cash flow demands on the one-per cent, 25-year PetroCaribe debt and move to really expensive seven per cent-plus bonds for up to 30 years. PetroCaribe cost about US$30 million a year in interest; the new bonds cost almost US$109 million in interest each year.

Given our fiscal tight jacket, analysts are going to wonder where Dr Phillips will get the cash to pay debt service, given that his Government has shown no ability to grow the economy and taxpayers are choking and destitute. Prime Minister Simpson Miller's recent speech at the UN will give the analysts and their bosses reason to worry.