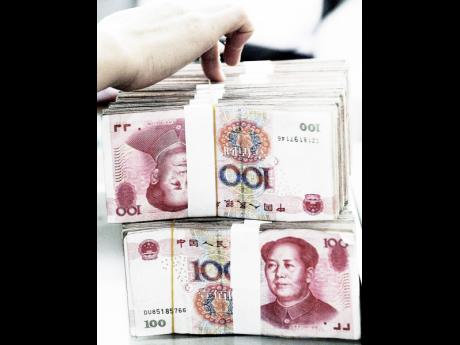 AP
A stack of Chinese yuan

THE STAFF of the International Monetary Fund (IMF) is recommending that China wait until at least October 2016 to join an exclusive club of the world's top currencies.

China wants its currency, the yuan, included in a basket of currencies used in IMF operations along with the US dollar, euro, British pound and Japanese yen. It was hoping the yuan could be added this January 1. The IMF board will consider later this month the staff's recommendation for a delay until October 1 of next year.

China believes it deserves to be included because it boasts the world's second-biggest economy. But the yuan is not as widely used or freely traded as the other four currencies.

The IMF staff said in a report released Tuesday that it was also worried that adding a new currency January 1 might rattle financial markets on the first day of trading next year.

There have been estimates by some private economists that the Chinese economy will get a major boost if its currency is added because the IMF seal of approval will encourage more foreign participation in China's financial markets.

Since mid-June, the Chinese stock market has been plunging in value despite efforts by the government to end the free fall.

The currency club China wants to join is known as the IMF's Special Drawing Rights basket. This is a virtual currency the IMF can use for emergency loans and IMF member countries can use to bolster their own reserves in times of crisis.