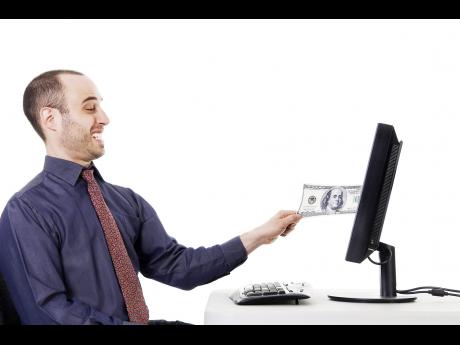 QUESTION: My motor policy expires at the end of this month. I am planning to buy directly from an insurance company instead of using an insurance broker. Two things have influenced my decision. The first is the consistently poor quality of service that the broker has provided. The second is a number of things that I have heard from my friends and ads that I have seen about conducting online insurance transactions - much in the same way that banking is done online. What has been your experience with the companies that are offering online insurance services? Is this something that you would

INSURANCE HELPLINE: The timing of your question is perfect. The first reason is that renewal of my car insurance was at the top of my mind during the month of June. The policy expired on July 1. The second thing is that for some reason, I was invited to three separate events during last month which had something to with the transaction of motor insurance online. The third thing was that a few days ago one of my brothers shared his online experiences, which also occurred during July. Fourth, I also saw, again during that same month, two full-page advertisements that extolled the virtues of an online insurance kiosk.

It was your two questions plus these four triggers that caused me to wonder why the renewal date of my policy was not August 1. Had that been the case, I would have had three additional options to examine, plus the terms offered by my existing insurer to choose from. Instead, I simply asked my insurer to renew for another 12 months without seeing what was available elsewhere.

I wrote an article for the October/November 2001 issue of a local magazine, Businessuite. It was titled 'Motor insurance has finally entered the new age'. The article examined the website of the GraceKennedy insurance subsidiary, Jamaica International Insurance Company.

That company has since been renamed GK General (GKG). This is the same company with which my brother transacted business during July 2015. Because of this history and the convergence of recent events, I decided to visit GKGOnline.com in an attempt to answer the two questions that you posed.

According to a statement put out by the company, "Persons seeking insurance coverage (can) obtain a quote via the web platform in as little as 10 minutes, based on their needs and budget from the comfort of their home or office or other preferred location ... each user will be required to enter their personal information, the vehicle information, including owners and drivers, as well as driving history for the last three years. Once all the required information is entered, three quotations are generated."

"The comparative quotations," the statement continues, "ensure that users would be able to compare the quotations they created based on information submitted, the GKG recommendation and the basic package which is the minimum required by law. If the customer is not interested in any of the three, the customer can make further adjustments to the quotation they created until the most desirable outcome is reached."

When I visited the site with the goal of carrying out a test to see whether I could have saved money, it became evident that there were still a few bugs in the system that need to be corrected.

The system requires precise details of the exact date my driver's licence was first obtained. This information does not appear on my current driver's licence. Fortunately, I was able to retrieve this information because I still have the original licence. In the case of my wife, she remembers the year when the licence was first issued but not the month or day. As a result, and because I was unable to speak with a company representative due to it being a public holiday, human intervention was not available.

The good news in all of this is that the system automatically generated and sent me an email. It said that the details that I submitted have been saved for 30 days, during which I can resume the transaction.

Motor insurance is not cheap. Most persons have difficulty

finding the money to pay the

premium in full. Persons who transact business online have the ability to choose a payment plan or obtain premium financing. I particularly like this feature of the company's online platform.

British Caribbean Insurance and The Insurance Company of The West Indies also have online offerings. I would definitely recommend that you check them out as well.

If motor insurance entered a new age in 2001, the business appears, in many respects, to be firmly preparing itself for further transformation during the remaining years of the 21st