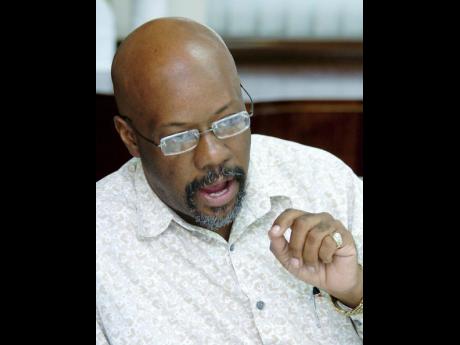 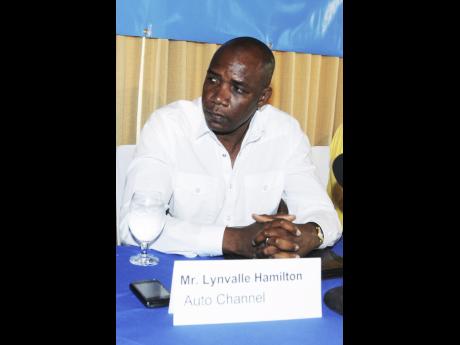 Used-car dealers will soon have to pay an independent agency for a fact report on each automobile they plan to import, which the Trade Board will use to verify fitness - a new condition that is meant to expose the vehicle's mechanical and damage history before it reaches Jamaica.

The government regulator has "put out a call for international" companies to provide fitness certificates on cars that dealers and car brokers buy overseas and is in discussion with interested parties.

The service is likely to cost an additional US$65 to US$150 per certificate - the cost is to be finalised - which the Trade Board said would be paid by the importers.

The new policy will not affect persons who import a vehicle for personal reasons, nor does it include new-car dealers.

"We went out and got proposals (and) have been evaluating the proposals. Once we sign off, we will go and inspect the equipment that the companies have," said CEO of Trade Board Limited Victor Cummings.

The Trade Board aims to sign up several certification companies in countries like Japan, a major supplier of used cars to the Jamaican market. Used-car dealers already provide some documentation on fitness of the vehicles they import, but such paperwork usually comes from the sellers of the vehicles.

Under that system, mechanical defects become evident only after the vehicles have been purchased and are being operated by Jamaican consumers.

The year-old Revised Motor Vehicle Import Policy (RMVIP) sought to address the issue under Section 17, which requires the car dealers to provide a pre-shipment inspection certificate for each vehicle. It will replace the motor vehicle inspection sheet the dealers now get from an auction house when buying vehicles overseas.

The importers are also now required to "stand by the information" they provide on each vehicle by signing a declaration sheet.

The RMVIP requires information on whether the vehicle had previous structural damage or damage resulting from flood or other natural disaster; percentage tire wear; and a complete history of the vehicle - or a 'car-facts' report - among other stipulations.

Dealers are also now asked to "sign to" the year of manufacture, model year, and mileage - whether in miles or kilometres - on the vehicle's odometer.

These measures are intended to safeguard consumers against unfair and unsafe practices, which has characterised the trade in the past, Cummings affirmed.

However, Lynvalle Hamilton, the president of the Jamaica Used Car Dealers' Association (JUCDA), has labelled the new policy on fitness certification as both onerous and unnecessary, saying dealers have always provided the motor vehicle inspection sheet, which captures similar information.

The new requirements, he added, are meant to do away with the model year discrepancies that have arisen in the past and which saw several consumers unable to reinsure vehicles whose papers turn out to have the wrong model year.

Cummings said the independent companies being sought will assess the vehicles before they are shipped and issue a fitness certificate that details the new stipulations of the RMVIP.

Sunday Business was unable to confirm when the independent agencies are to be commissioned into service.

Hamilton says the cost of the new fitness certificates is likely to be passed to consumers.

Under the RVMIP, which has been in effect since April 2014, some 107 used car dealers have been recertified this year.

Five were not recertified, which Hamilton said was due to their refusal, unlike the other 107, to sign a dealer disclosure form - a claim the Trade Board flatly denied.

"Nothing like that goes on. We have never decertified or not recertified anyone because of the lack of signing of a declaration. It could be for others reasons," said Trade Board chairman Bentham Hussey.

"One of the things we want them to do is to indemnify us and the Government so if that if a company in Japan gives us wrong information, they can be held liable," he said.

This, JUCDA said, is unfair to the dealers, given that the Trade Board will be the contracting party for the independent agencies to validate a vehicle's history.

"They want us to sign off on the dealer disclosure, and it is an entity contracted by them for us to pay that entity," Hamilton said.

Hamilton reasoned that since the independent companies are to be identified and contracted by the Trade Board, dealers should not then be asked to indemnify the government agency.

"It does not appear that they are confident in the information that they [will be] getting from an entity that they approve," he charged.

Hussey said the dealer disclosure, while part of the RMVIP, cannot be enforced because the policy has not been gazetted. He added, however, that the process to get the RMVIP gazetted has begun and should soon be finalised.