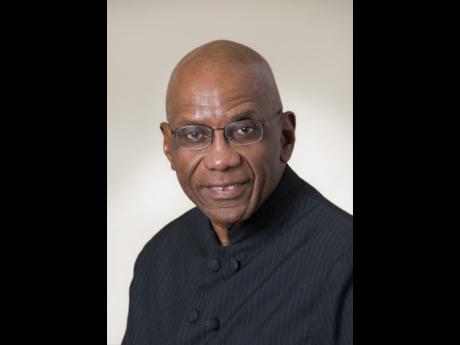 The Governor of the Central Bank of Barbados, Dr DeLisle Worrell, Monday said he was honoured that his academic and professional work has been recognised after he was made a member of the prestigious Bretton Woods Committee.

The Bretton Woods Committee, founded in 1983, is a non-partisan network of prominent global citizens which works to demonstrate the value of international economic cooperation and to foster strong, effective international financial institutions (IFIs) as forces for global well-being. Membership is by invitation only.

"This membership will grant Barbados access to some of the great minds in the world of business and finance," said Worrell.

A statement from the central bank said Governor Worrell will participate in the committee's programmes and engage with a close community of fellow members and top government and IFI officials in exploring current issues in finance,

because of drought effects

The Panama Canal Authority says it will temporarily limit the amount of cargo for larger ships using the waterway because drought has lowered water levels in the Gatun and Alhajuela lakes.

The restrictions, which are the first such hold-down because of weather in nearly 20 years, takes effect September 8 and had been expected by shippers. Only a minority of ships now using the canal will be affected, the authority said.

Rainfall over the watershed feeding the lakes at the midsection of the waterway has fallen sharply as a result of the El NiÒo weather phenomenon, lowering the lake levels. Similar problems occurred in 1997-98.

The authority said ships will be limited to a maximum draft of 39 feet (11.89 metres) beginning September 8. It added that the limit might be further reduced to 38.5 feet (11.73 metres) on September 16.

Only about five or six of the 36 ships now using the canal daily will be affected, the authority said.

The Dominica government says it will soon announce a new visa system for Haitians wanting to enter the tiny island.

Despite being a member of the 15-nation Caricom bloc, Haitian nationals require visas to enter most if not all Caricom countries.

"The intention is to have a system whereby it can be more transparent. We are just waiting to have the administrative system put in place...," said Immigration Minister Rayburn Blackmore on the state-owned radio Monday.

"If persons were issued visas to work on a farm, we have to know where that farm is, and we have to ensure that we do not facilitate an enterprise whereby persons come into the country legally and live illegally and that's not healthy for any democracy."

Under the new system, Haitian nationals may apply in person for visas rather than rely on an employer.