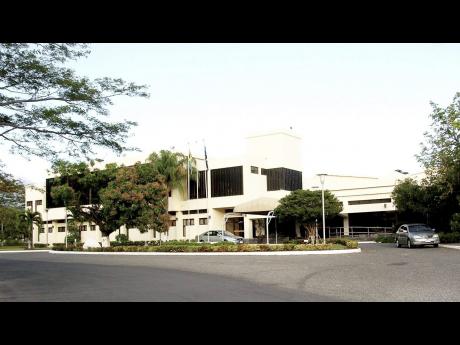 Winning has a way of making even ordinarily sensible people become heady with at least a temporary sense of invincibility.

Unbalanced people who win are often destroyed by their winnings.

Winning elections often separate winning politicians from the reality of the constituents and supporters who helped the winners win. And if the politicians feel that they have their positions 'for life', God help the electorate who voted for them - and especially those who clearly did not.

The treasured democratic process we follow in Jamaica has a serious inherent anomaly. A winning political party has to forge a capable and efficient management team if the economy of the country is to be properly facilitated to grow, and a broad range of services to citizens are to be delivered and improved.

A political party has to choose candidates it believes can win in the constituencies they contest, and the real rub is that often politicians who can 'win a seat' can't manage to make a good dumpling - never mind manage a full ministerial portfolio in government.

Very often, most politicians have no outside-government management experience, and many have been known not to have an iota of experience and or skills, born of accountable performance, to make them suitable for minister-in-cabinet posts.

Regrettably, political parties train all their focus on politics and the endgame of politics, which is to win elections. The pressing and overwhelming need of government, especially in a developing country like Jamaica, is good governance and the transparent management of scarce resources.

It is not for the sharing-up of these scares resources to family, friends and genetically linked political supporters. Rather, good governance is to provide very good services to a maximum number of citizens. Politics has been trumping proper management by government, for years, in Jamaica.

In spite of its diligence in sticking to the IMF's debt consolidation programme and getting kudos from rich non-voting foreign officials, who don't have to live and survive in Jamaica, the current government - largely led by Finance Minister Peter Phillips - is missing other

When one reviews the pronouncements and statements from the few government officials that would address the IMF deal when it was just signed - Peter Philips was the only one in Cabinet who would then - the evidence is clear that these officials really believed that if they followed the IMF formula, growth was at the end of the fiscal consolidation rainbow.

Many private-sector spokespersons and academics jumped on the 'austerity will bring growth' bandwagon. Alas, while austerity has been very real and punishing, growth has been a mirage and very elusive.

The problem from the start is that the current political winners, who had to become economic negotiators and managers fast after their election victory, had little or no experience to match the task they faced. Nor were they armed with a good understanding of what would be the possible practical outcomes from the deal they agreed with the IMF, and how those outcomes would have a significant negative effect on ordinary people's lives.

Their unwise belief in the IMF storyline that fiscal consolidation - austerity - would fix the economy and, according to the IMF, lead to economic growth, made Prime Minister Portia Simpson Miller and her finance minister dismiss anyone who pointed out that her Government needed a growth-facilitation plan to provide the revenues to balance the austerity plan.

In addition, such a growth-facilitation plan needed a person with the vision and understanding to craft one.

The prime minister's party has never been about good economic management, economic growth and sustainable job creation. They borrowed lots of money that taxpayers never authorised but must repay, attempted to distribute wealth before it was created, and their politicians put workers on government payrolls - that means on taxpayers' backs - instead of working with and facilitating the private sector to create enduring economic growth and good jobs

For the past three and a half years, Jamaicans have suffered under this no-growth regime.

Good management by the government means that vital services and institutional providers of these services, which are under government control, will deliver their services at a consistently high standard and quality. Alas, more and more this is not so.

This week's near disaster and real shame was the breakdown of sanitary standards in the Kingston Public Hospital (KPH). On Wednesday, I was reliably informed of a pregnant women's terrible experience in the KPH's bathroom. Given her advanced pregnancy - she's in her eight month - she needs to go frequently to the bathroom. Well, the bathroom had no water and she reported that faeces and urine were all over the bathroom floor.

This is a terrible state of affairs. How many of our hospitals around the country are in a similar decrepit and unhygienic condition?

The NHT debacle a few months ago gave us a good and scary reminder of how bad appointments can produce incompetence and costly-to-taxpayers results.

Managing an economy and a country is quite different from winning an election. It is a sad irony that the skills to govern and manage an economy and state well are rarely the ones possessed by politicians that can win elections. They are not entirely absent in a few, just very rare, indeed.

Similarly, the skills needed to facilitate strong and sustained economic growth in Jamaica seem to be absent from this PNP administration.

Aubyn Hill is the CEO of Corporate Strategies Ltd and Chairman of the Economic Advisory Council of the opposition leader.