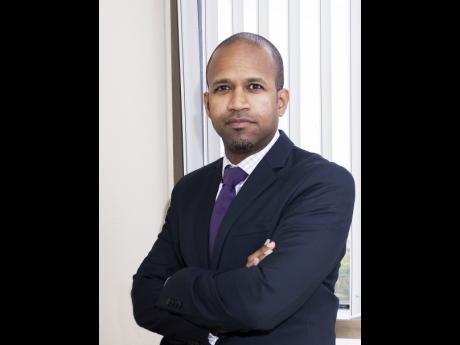 Dylan Coke reckons that strong take-up in the domestic market demonstrates that there exists significant capacity in the country to mobilise funds for investing in attractive deals.

The environment is also shifting towards a climate which encourages private structured deals using debt or equity, according to Coke, the vice-president of origination and capital markets at Scotia Investments Jamaica, which brokered the deal in this market.

"The number of transactions and the competition in this area are increasing," he told the Financial Gleaner. "The macroeconomic and regulatory environments are changing - broker-dealers are gradually transforming their models, so the repo business, which used to be a staple for everybody, is on its way out and is not as profitable."

He added: "There is a transition towards collective investment schemes and lines of business which generate fee income."

Thirty per cent of the funds raised by the Caribbean financial group was financed regionally. More than half that amount (US$45 million) came from Jamaica.

Indeed, the domestic market appears to have a strong appetite for private investment, especially since the Government has not been very active.

Proven Investments boasted the largest rights issue in Jamaica when it raised US$30 million ($3.5 billion) in April.

Next Wednesday, Sagicor Real Estate X Fund will open its rights issue aimed at raising $4.2 billion, which would be a new record on the local stock exchange, even if it doesn't exercise its right to upsize the offer by an additional $1 billion.

Coke anticipates even greater demand for private equity and debt by early 2016, when the Government repays $62 billion of National Debt Exchange bonds, given that it is already fully funded for the remainder of the fiscal year with its US$2-billion global bond issue two weeks ago.

"We are looking forward to the improvement in liquidity conditions that we expect from this recent transaction concluded for the GOJ," the Scotia vice-president told the Financial Gleaner. "We are in the process of developing a deal pipeline aimed at taking advantage of those conditions."

Proceeds from SFC's transaction are targeted to refinance its capital structure, including the company's 10-year, US$150-million bond which matures next May and which carries a coupon of 7.5 per cent.

The latest bond, which was priced at a 9.125 per cent yield, carries an 8.75 per cent coupon and matures in seven years.

The terms of the latest corporate note reflect the financial institution's exposure to Barbados and Jamaica, both of which have been experiencing economic challenges in recent times.

Also, SFC derives a substantial portion of its profit from one country - Jamaica - which contributed 77 per cent of net income in 2014 and 81 per cent of earnings the year before.