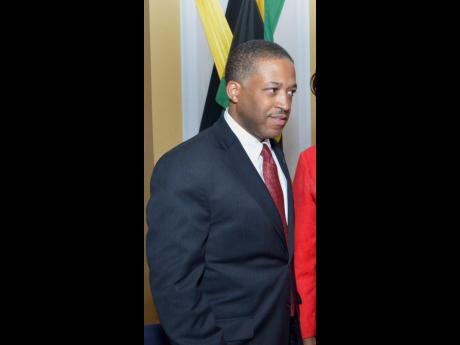 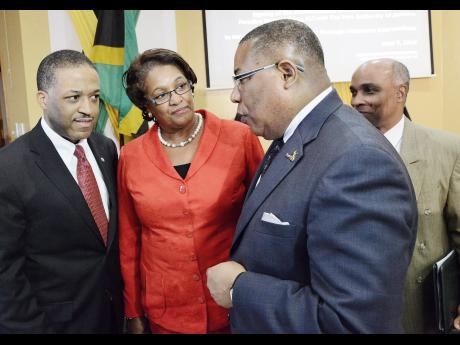 Garry Johnson, CEO of Paradise Express Ferry LLC, the Park Avenue, New York-based company that won the bid in December 2013 to develop a north coast ferry service in Jamaica, says project preparation is soon to begin, having secured a land lease for a terminal site from the Urban Development Corporation (UDC) in June.

However, the commissioning of the service is still more than a year away.

"We now have a lease in hand. One cannot get financing without a lease. We will now be moving to conclude financing and begin engineering works," Johnson told the Financial Gleaner on Thursday.

The 25-year lease from UDC is for property located in proximity to Pier One on the Montego Bay waterfront - lots 15 and 22 - on which Paradise will construct walkways and terminals. The ferry company has the option to purchase the property.

Johnson projects to spend US$30 million to develop the ferry service, which will initially operate between the tourism centres of Ocho Rios, Montego Bay and Negril. That price includes the land lease, administrative and operational offices, boats and terminal construction.

Paradise indicated last year May, during the signing of a memorandum of understanding with the Port Authority of Jamaica (PAJ), that it would berth craft overnight at the small-craft jetty and terminal building at the cruise ship terminal at Montego Freeport.

PAJ cruise terminal facilities in Ocho Rios will also be used for embarkation and debarkation.

The lots near Pier One is the only site for construction and will serve as the point for embarkation and debarkation in Montego Bay.

The ferry service for visitors and locals on Jamaica's north coast was to be introduced in February 2015 but negotiations were extended. Johnson now says Paradise is currently working with a timeline of December 2016 to launch the service.

Johnson has not been put off by the long gestation of the project, but is, rather, looking forward to duplicating the project in other Caribbean islands, he told the Financial Gleaner. The company is already making plans to tap into the Cuba market as relations thaw with the United States.

The Jamaican operation will be the first regular ferry service for the company, which has marine contracts for charters and also earns revenue from real estate developments.

Johnson says he has pulled together a new team for the ferry service, and had sourced both debt and equity capital to finance the operation.

At the time of the PAJ signing, Johnson commented that he planned to position the service not as a commute but an excursion.

"You can take the ferry from Montego Bay to Ocho Rios or from Montego Bay to Negril and back, and see the island in a way you would never have seen it before; and for that, you are going to have to be transported to and from the terminal by existing ground transportation providers," he said then.

Paradise Express is also currently bidding for another ferry contract in the New York area.

Additionally, a July 27 posting on its Facebook page states that the company has applied to the US Department of the Treasury for permission to transport US citizens to Cuba "at some point in the future, based on market demands."

It adds: "Though several companies have announced proposed applying for Florida to Cuba transits, Paradise Express is the only to announce the possibility of Jamaica to Cuba, from our proposed ferry terminal in Montego Bay."

Caribbean ferry services got a boost in May 2015 when the US Treasury Department, for the first time in 50 years, issued licences to companies for ferry service to Cuba from southwestern ports.

In Jamaica, the boats that Paradise Express plans to field are 40-metre aluminium catamarans, which can hold around 250 people each. Charges to local travellers will be discounted, Johnson said.

"It will be a scheduled service multiple times per day," he told the Financial Gleaner, adding that the company expected to employ 170 individuals.

The Paradise CEO said that geotechnical and engineering works at the MoBay site will get under way in coming months and that the ferry service is slated for commercial start in December 2016.

Johnson, who was born in Hanover and migrated to the US as a child, said the project is a natural fit for the local tourism product. That it has never been tried before is inexplicable, he said.

"I love the maritime sphere. I can't understand why no one has done this before. It will benefit both tourism and Jamaica," he said.

Attempts by the Financial Gleaner to get an update from the UDC and the Port Authority were unsuccessful. PAJ President Professor Gordon Shirley was said to be busy in meetings and no response to questions submitted was forthcoming from the UDC.