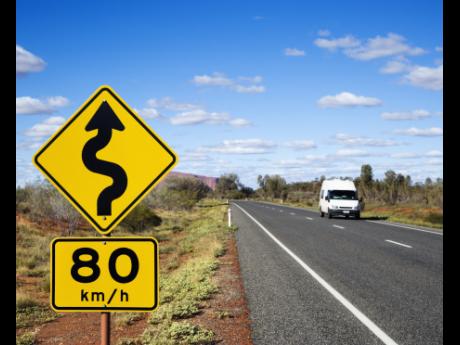 QUESTION: The police gave me a speeding ticket in St Ann's Bay a few weeks ago. I had just driven off from traffic lights at the entrance of a road leading into town - off the North Coast Highway - when an officer stepped out from the bushes and pointed the radar gun at my car. He signalled me to stop. After I brought the car to a standstill, he showed me the radar. It indicated that I was travelling at 82kph. The speed limit, he said, was 50 kph. Another officer examined my driver's licence and the car papers. He stated that I would have to pay a $5,000 fine and lose two demerit points. I have since paid the fine. Is this likely to have an impact on my insurance premium? My policy expires on September 30. Should I tell my insurers about the ticket?

INSURANCE HELPLINE: I wish that I had quick, simple answers to your questions. That way I would spend less time sitting before my computer, avoid research, and expend less mental energy in trying to put my thoughts together. After all, August is the time for lazing on the beach!

Many things affect the price of motor insurance. Ann Carns, a New York Times columnist, identified some of them. On August 7 she wrote: "Are you married or single? Have you been widowed or divorced? Is your credit history less than stellar? Your answers ... can affect the rates you pay for car insurance ... your driving record and habits factor into your premiums, of course. But many insurers also use a variety of other data, like your marital status and a version of your credit score, to set your rate."

The parts about marital status and credit score caught my eye even though the context for the article was the United States.

The part about marital status addressed a topic posed in my column of July 7: "Are single mothers more accident-prone than married drivers?" A US industry spokesman was reported to have said in the article that an "analysis reflected that many insurers gave a discounted premium to married couples because they tended to be more responsible and had a lower rate of filing claims ... if drivers are not married, they will not receive a quote with that discount."

Since at least one local insurer has adopted the methods used in "First World countries to derive insurance premiums", it seems reasonable to infer that reader P.S. (in my article) was correct. Jamaican single mothers who are insured with my reader's insurer pay more premiums than their married counterparts.

The part about credit score also struck a chord. There are two credit bureaus listed in the yellow pages of the local telephone directory. They were set up under the Credit Reporting Act 2010.

Credit information providers fall into 14 groups that are listed in Section 8(1) of the act. These bureaus assign scores that indicate creditworthiness and the likelihood that a person will repay his/her debts. The bureaus mainly help financial institutions to manage credit risk.

Consumer advocates have denied that there is any link between credit scores and accident frequency. I would not be too surprised to learn that some local insurers are quietly exploring the use of credit scores as one of the ways to set premiums.

Local insurers also want to use traffic ticket records as "a basis for pricing risk". Insurance Association of Jamaica Vice-president and Managing Director of British Caribbean Insurance Peter Levy said this in March. They want to have access to "this public information" - much in the same way that insurers in other countries do. Part of the problem here is that the way in which the ticketing data is being captured plus the big mess in record keeping between the police, the tax authorities, the Island Traffic Authority and the Traffic Court, insurers are, therefore, unlikely to have access to these data any time soon.

Should you tell your insurers about the speeding ticket? The answer is yes.

This is a statement that appears on an application form of one insurer, which confirms my opinion: "You have a duty, under the Law to disclose to us every matter that you know, or could reasonably be expected to know, is relevant to our decision whether to accept the risk of the insurance and, if so, upon what terms before you enter into a contract of insurance. You have the same duty to disclose those matters to us before you renew, extend, vary or reinstate a contract of insurance. We may be entitled to reduce our liability under the contract in respect of a claim or may cancel the policy if you fail to disclose ...".

Many persons overlook the importance of signing the application form. By so doing, they authorise the insurer "to share with other insurance companies, the Police and the Island Traffic Authority in Jamaica and any other such entities any and all information that may be required by those entities pertaining to them, the authorised driver(s) or the vehicle(s) declared in the proposal form ... and give consent to the insurer obtaining information in relation to my/our driving history from the police, The Island Traffic Authority and other such entities in Jamaica."

Tell your insurer about the ticket. One traffic violation for speeding in 'x' years does not a bad risk make.