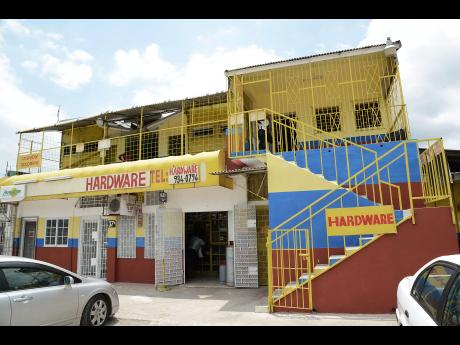 In a deal meant to grow the company as it positions to eventually go public, social media marketer BSocial has acquired a small hardware business in Kingston that is to be the fulcrum of plans to expand into online shopping.

BSocial, which is owned by two bro-thers, says it will develop an e-commerce platform for the newly acquired H&S Hardware, which operates from Washington Boulevard in Kingston.

The siblings, Howard and Horace Britton, are buying the business from their parents, Huntley and Sonia Britton.

The online retail service is meant to serve Jamaicans living overseas, who want to buy household and hardware items for delivery to homes in Jamaica. The physical business will also continue to operate.

BSocial got its start in 2009 when it landed a one-year contract to overhaul LIME Jamaica's social media presence. Success with that venture led to the company being scouted by other large local companies such as Red Stripe, Trade Winds Citrus, JMMB Group, and Sagicor.

"We actually handle the social media for different brands across the island, as well as we have dived into mobile app development, where brands can reach their audience through their mobile phones, Howard Britton told Sunday Business.

The Britton siblings are pushing their company into new business segments to stay ahead of the increasing competition from other emerging social media companies and to reclaim market share.

"As young people, we have to be able to reinvent ourselves. What happened to a lot of companies over the years is that, as things change, they haven't re-invented themselves to do more offerings to show their versatility - and the companies die out," Howard Britton said.

"I know that social media marketing has not died, but it has been diluted because you have a lot more companies that have come into the market place, so I have re-invented myself," the young businessman said.

"Companies used to outsource it but probably they think it is too expensive to manage so what they do is that they hire someone in-house. That is why we moved from mostly social media to mobile app development," he said.

The 3,000 square feet H&S Hardware, which has been in operation for over 30 years, will be re-branded Brit Corp Hardware and Industrial Distributors.

The acquisition is expected to close in September and while it is a deal with family, Howard said the purchase is a monetary transaction, the value of which he declined to disclose.

"What we will be doing different is creating an e-commerce site that will allow persons from the diaspora to acquire their goods and we can have them delivered to the persons (locally) or they can pick them up," Britton said.

"Because what has happened is that a lot of people are having difficulty when they send the money to Jamaica, people will use the money to do other stuff," he said.

While the physical hardware store will continue to operate Britton plans to focus more on the online shopping aspect of the business as a way to differentiate the service.

BSocial will build the website for the hardware business, and promote the service through Google ads to reach potential clients in the United States and the United Kingdom.

Payments will be facilitated by Paypal and credit card, Britton said.

Sunday Business checks turned up no other local hardware that offers online shopping to locals or persons overseas.

"We will have to pay off the current creditors that they have because we are going to bring in our own goods," Britton said.

"We are going for global suppliers," he said, noting the taste of Jamaicans who have been exposed to international designs and trimmings.

H&S' current staff of two will be increased to 15.

The Brittons also hope to eventually list their social media company, via an initial public offering on the Jamaica Stock Exchange.

"We want to grow the company from where we are to have a more international appeal. It's just a route that I'm taking to grow the business. That is why we are going to look to investors as we take the company global," he said, citing plans to list on the junior market.

However, the plan to list is still to be fully concretised.

BSocial started as a $100,000 investment by the Britton brothers, and turned over profits beyond expectations by its third year of operation, its owners said, but offered no specifics on the company's financial performance.