JPS to invest up to US$40m in smart grid 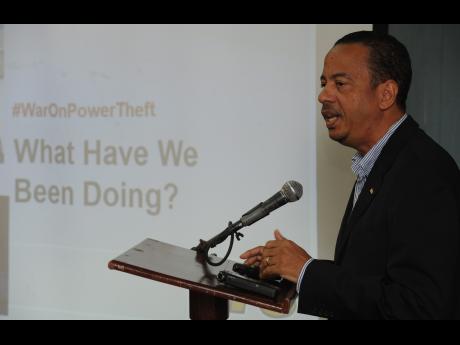 Jamaica's light and power company is spending up to US$40 million over five years to roll out a smart grid and cut line losses.

Last year, the Jamaica Public Service Company Limited (JPS) reported a one per cent decline in sales along with a one per cent increase in system losses - mostly electricity theft - which drained US$18.4 million in revenue from the company.

Now, Senior Vice-President, Energy Delivery, Technology and Innovation Gary Barrow says the company is spending US$6 million to US$8 million per year over a span of five years on technology upgrades.

That includes the installation of smart meters, which the company has been testing in select homes since at least 2012 under what was referred to as its Smart Grid Interface pilot, according to past reports.

Now, around one-tenth of customers have smart meters installed.

Pivotal to this will be the implementation of the smart grid. This is already giving the company the ability to remotely fix power outages, reroute power, monitor usage, and to start tackling losses that gobble up as much as 26 per cent of the power it generates.

Barrow is downplaying the smart grid as a silver bullet, meaning it will not solve all the problems that drain revenue from the utility, but he said it would put JPS on the cutting edge of technology and within requirements of a modern electricity distribution system

"When you talk about a smart grid, it is really about putting more intelligence into the grid. It is where you start and where you end. That is how the technology is evolving. It is getting the data and using a lot of sophisticated analytical tools that translate that data into information for us," Barrow said.

The system has distribution automation switches that allow JPS to pinpoint faults and reroute power. Coupled with that is an outage management system that automatically locates outages and manages real-time recovery. The centrepiece of the improvements, however, is the installation of smart meters.

Over the last two years, the light and power company has installed about 60,000 smart meters, which is just about 10 per cent of the 580,000 customers served by JPS.

Barrow notes, however, that 65 per cent of revenue comes from customers with smart meters. This is because 100 per cent of all large customers - numbering about 5,000 business - are on smart meters. In addition, they have sought to cover medium-sized businesses and other heavy users.

The commercial applications - commercial automated metering infrastructure, or CAMI - allow JPS to do readings of consumption at 15-minute intervals for all large commercial customers. This information is shared with clients.

JPS also uses MV90 software to analyse if there are any unusual consumption patterns.

The company has also tested and is installing meters on a secondary line of distribution transformers. On a practical level, what that means is that JPS attaches a meter to one leg of the average 220 voltage wires that feed a typical street. This allows JPS to get closer to its goal of reducing line losses.

Barrow says that when the system is fully rolled out, JPS will be able to pinpoint energy theft at the micro level.

"Before, we knew that an entire feeder was suffering from theft, but now, we are actually able to take it down to transformer level. So if only 25 customers are on that transformer and we know that ... we are delivering more energy than what we have billed for, now we can pin-point with great granularity where the theft is happening," the power executive said.

He says JPS is also totting up savings from the smart grid.

"In some areas where we had as much as 50 per cent theft of electricity, just putting in these meters and taking some other actions, we were able to bring that down to two to three per cent," he told Wednesday Business.

Given those successes, JPS is preparing to go a step further, technologically speaking, with the planned roll-out of "Smarter Smart Meters", which will allow customers to manage their energy consumption through remote control of the devices in their own homes.

That system is in the final stages of pilot-testing in the upscale Jacks Hill-Norbrook areas of Kingston.

Having committed to the smart grid investment, the monopoly power distributor appears wary of competition from renewable energy systems - possibly under net-metering/net-billing policies that allow persons to generate and sell electricity to the national grid - with Barrow noting the proliferation of photovoltaics, which harness solar energy.

He said what was required is a modernisation of regulations.

"This is a critical success factor or a critical point of failure. I can be talking about all of these things, and if the regulations don't support it in a way that the business remains viable, then as a country, we will lose out," he said.