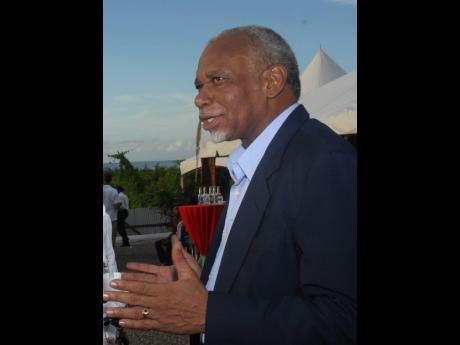 Developer 138 Student Living Jamaica Limited has turned to CIBC FirstCaribbean Jamaica to arrange a 15-year bond that will replace interim bank debt as the company prepares to launch construction of the next round of dormitories on the university campus in Mona.

The $1.6 billion on offer is already said to have generated sufficient interest for full take up of the bond, but the transaction is not yet closed.

Student Living Jamaica has a concession from the University of the West Indies to build around 1,584 rooms in three phases, which it will own and operate for at least 30 years with a potential extension to 65 years.

The company already has close to 100 rooms occupied as the new academic year approaches, well-placed sources says, and is said to be reviewing hundreds more applications from prospective students.

The first phase comprising 576 units was financed by $1.35 billion of bank debt from Jamaica Mortgage Bank and National Commercial Bank, as well as from proceeds of 138 Student Living's initial public offering in November 2014.

The bond being arranged by FirstCaribbean is priced at the weighted six-month treasury rate plus a 3.5 per cent reset. At the prevailing T-bill rate, the coupon amounts to 10.1 per cent.

Its structure includes a moratorium on principal payments for the first 2.5 years, while for the remaining 12.5 years, semi-annual payments will be based on a 15-year amortisation schedule, says director Kingsley Thomas.

Prepayment of principal is allowable on any interest payment date, Thomas said.

The notes will replace what was interim project funding from the banks.

"The proceeds of the CIBC brokered notes will fund repayment of construction loans, accrued interest, loan fees, debt service reserve, and other related costs of phase one of the project," Thomas said.

In an update on the second phase of the project, 138 Student Living in its newly released quarterly financials said it was negotiating with a preferred bidder selected from among seven that initially bid to construct the units. The preferred bidder was not disclosed.

Chairman John Lee said in a statement to shareholders prefacing the nine-month results ending June 2015, that phase-two construction, consisting of another 576 rooms, is scheduled to begin in September and will put into operation in August 2016.

Meantime, the handing over of the phase one buildings by the contractor is being done in stages, scheduled for August 10, August 20 and mid-September 2015.

Thomas said 138 Student Living has hired staff, led by deputy general manager Christine Miller, to manage the flats, which will be rented for US$395 monthly ($46,400). He said 350 of the 576 rooms had commitments, with full take up of available rooms expected shortly now that high-school exam results are out.

The rentals means that 138 Student Living will book revenue for the first time in its September quarter.

"138 SL will run the facility on its own. It has hired the relevant expertise to manage the day-to-day operational requirements in addition to those required by the concession," Thomas said.

The third phase of the dormitory project will deliver 432 units.

Alongside the housing concession, 138 Student Living has a second agreement with UWI Mona to restore and reconstruct its Irvine and Gerald Lalor residential halls, totalling 750 rooms.

That concession is for 35 years and is being done under subsidiary company 138 SL Restoration Limited.

Thomas said some of the proceeds of the $1.6b bond may finance the hall contract.