US proposes to cut methane from oil, gas by nearly half 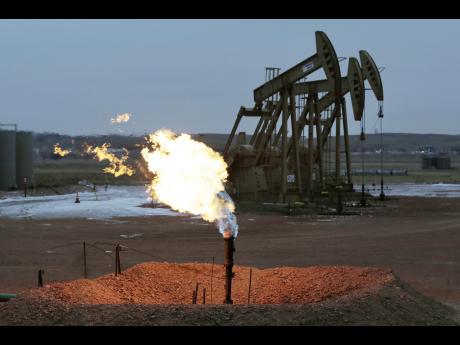 Strict limits on met-hane emissions passed a year ago in Colorado mean the state's energy producers will not be affected by the federal government's new plan to crack down on the powerful greenhouse gas.

The Obama administration announced on Tuesday that it would follow through with plans to curb methane emissions from new oil and gas wells.

But Colorado's efforts go even further, applying methane controls to both new and existing wells. Last year, it became the first state to pass limits on the gas from wells.

"Our rules put people in position to meet any federal requirements," said Will Allison, head of the state's Air Pollution Control Division, which is part of the US Department of Health.

The federal methane announcement was not unexpected, but the administration's target to cut methane from oil and gas drilling by 40 to 45 per cent by 2025, compared with 2012 levels, made national headlines.

Colorado officials say federal authorities' mode led the methane proposal on the state's first-of-its-kind rules. Colorado's regulations trim more than a third of air pollution from volatile organic compounds, which contribute to ozone and include methane. That is about 92,000 tons a year.

Methane, the key component of natural gas, tends to leak during oil and gas production. Although it makes up just a sliver of greenhouse gas emissions in the United States, it is far more powerful than the more prevalent gas carbon dioxide at trapping heat in the atmosphere.

Some industry groups say Colorado's methane rules have been costly and unfair to producers.

"We've got a failed experiment that is now being used as a model for the rest of the nation," said Kathleen Sgamma of the Western Energy Alliance, a Denver-based petroleum industry advocacy group.

"It's going after a very small source of the emissions and doing it in a very expensive way," she said of the methane limits, adding that many producers are adopting the rules voluntarily.

But state officials and environmental activists say Colorado shows that methane can be regulated in a cost-efficient way. They say Colorado's largest oil and gas companies - Anadarko, Encana and Noble Energy - have signed on to the state methane plan.

It's too soon to say how much the methane change has cost Colorado's energy producers. The industry is working on an estimate and will use it to argue against any nationwide regulations, Sgamma said.

"I don't know that Colorado has the data that shows there's been an environmental benefit," she said.

"We think that we balanced appropriately the cost with the significant environmental benefits," he said.