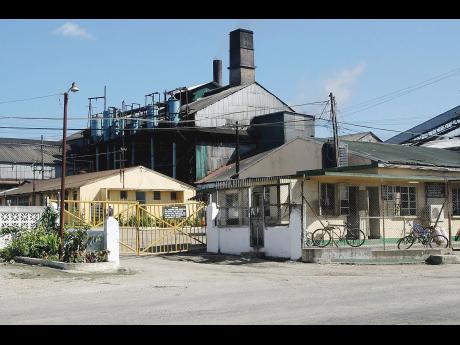 Everglades Farms, the Hussey-owned operator of Long Pond and Hampden sugar estates in Trelawny, are weighing their options for the up-coming sugar crop.

Sources say the Hussey family is contemplating a closure of the Long Pond Sugar Factory, while keeping the rum distillery operations running at Hampden.

Both factories together processed about 133,000 tonnes of sugar cane for the 2014-15 crop grown on approximately 2,600 hectares of cane lands, around 50 per cent or 1,300 hectares of which are farmed by independent contractors who supply the estates.

Contacted for comment, Permanent Secretary Donovan Stanberry confirmed that there were issues surrounding operations at the two estates, and that Kellier had "appointed a team from the ministry to further analyse the situation and come up with recommendations".

Stanberry said the ministry and its sugar agency were exploring whether other factories would purchase the cane that would have been supplied to Everglades during the next crop - reaping typically kicks off annually in December - in the event that the Trelawny sugar factory sits out the 2015-16 season.

Everglades is supplied by 270 independent farmers and that the sugar company itself employs 800 persons - 200 at its factories and 600 as field hands - according to the Sugar Industry Authority.

Long Pond and Hampden are part of a historic tradition of sugar manufacturing in Jamaica.

The Hampden Estate was rescued from the brink of financial ruin in the mid-1990s as the financial meltdown took hold. Hampden was formerly owned by the Farquharson family. Everglades utilises the facility only for rum, where it produces the brand Rum Fire.

The Long Pond Estate has gone through schemes of ownership, intermittently passing from state control to private ownership and back. At one time, it was held

by a Wray and Nephew-led consortium, Manufacturers Investments and Booker Tate with a 51 per cent stake in the company, while Government held 49 per cent.

Both estates were acquired from the Jamaican Government by the Hussey family through Everglades Farms Limited in 2009, but Long Pond's operation has been rocky. The factory remained closed during the 2010-11 sugar crop.

Repeated efforts to contact the Husseys for comment were unsuccessful. Everglades CEO Andrew Hussey was said to be off the island and unavailable until next week.