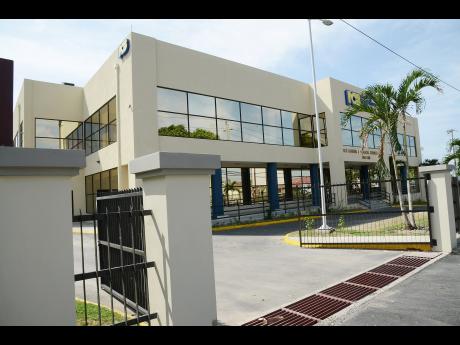 National Commercial Bank Jamaica is transferring its two Manor Park operations to the new NCB Financial Centre that will officially open for business at Constant Spring Road, Kingston, on August 31.

The financial centre - developed at an undisclosed cost in proximity to a similar operation run by rival Scotiabank - offers well-to-do Jamaicans and other users 'Bank on the Go' facilities, insurance and capital markets services, drive-through tellers and a drive-through ABM, said NCB district manager Loren Edwards.

The customers of the Manor Park Plaza and Manor Centre branches will be relocated to the new NCB Constant Spring.

Edwards said the two branches will close and the 40 staff members will now operate from the new financial centre.

NCB Constant Spring will be served by a staff of 75 in total.

The Manor Park branch operated from leased space, which will revert to the landlord, while the fate of the Manor Centre space, which is owned by the bank, is still to be decided, Edwards said.

The new financial centre has been 18 months in construction. In the past two years, NCB's financials indicate that it has spent $2.8 billion on the acquisition of property, plant and equipment, but the bank has not said how much of that was invested in the new centre. Edwards said NCB expects to derive cost savings from its operation. The two-storey building spans 20,700 square feet, he said.

"The value proposition is a lot more efficiency with more services offered under one roof. We will also have 'Bank on the Go', with clients able to use alternative channels for a lot more transactions," he said.