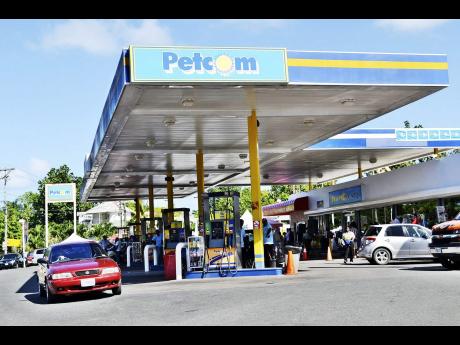 EDJ Acquisition, whose bid for Petcom failed to make the cut because it landed late in the tender box, has signalled that it will continue to fight for its bid to be reviewed by divestment agent Development Bank of Jamaica (DBJ), and the enterprise team handling the sale of the petroleum marketing company.

The bids were due by noon on August 18, but EDJ was said to have been late by about 15-20 minutes.

Three other bids were received from Rubis Caribbean Holdings, Sol Investments Limited and Phoenix Fuels Limited. Market sources noted the absence of a bid from GB Energy, the current owner of Texaco Jamaica, and the surprise showing of the unknown Phoenix Fuels.

Late Wednesday, a deflated Hugh Coore, chairman of EDJ Acquisition, said the group had just come out of a meeting "with a heavy heart".

He would not say what the next move would be for the consortium, but insisted that they had not closed the book on their Petcom bid.

"We are doing our consultations and we will say what will happen in due course," Coore said.

Well-placed sources said the three accepted bids for Petcom ranged from US$14 million to US$22 million. Coore declined comment on the size of EDJ's bid, which the group spent millions putting together with financial advisers Proven Wealth Limited and legal advisers from Myers Fletcher & Gordon, but said the group was confident their bid was competitive.

Sol and Rubis are foreign companies with operations in Jamaica, while EDJ and Phoenix are backed by locals.

Phoenix was incorporated in 2011 as a liquefied petroleum business and is owned jointly by Collin Karjohn and Kristal Karjohn, according to Companies Office records. The company has an independent dealership operating under the Phoenix name near the Cedar Grove/Independence City intersection in St Catherine.

Petcom owns nine of the gas stations, while the others are dealer-owned and operated.

The marketing company has operated for 42 years, since 1973, and was last reported to be generating annual revenue of about $11 billion.