David Jessop | Will Cuba’s gain cause the Caribbean pain? 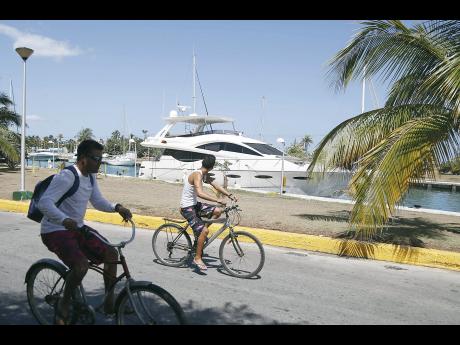 One of the Caribbean tourism industry's greatest concerns may be about to materialise: American citizens being allowed to travel to Cuba on an individual basis.

At present, it is only possible for most United States passport holders to visit Cuba for one of 12 specified purposes through a tour operator holding a general licence.

However, a new approach being considered by the Obama administration, when taken with two other developments, could all but free US travel to Cuba by the end of this year.

Ever since a closed meeting took place at the White House on July 22, at which Cuban Americans, academics, lawyers, and business leaders who support President Obama's policy of engagement were present, it has been clear that the US administration was preparing to ease the procedures that restrict individual travel to Cuba.

More recently, however, US officials have confirmed that the president is considering an executive order that would allow US citizens to book tickets for travel to Cuba by simply attesting online or at an airport, as they buy a ticket, to their compliance with the US Treasury rules on travel to Cuba.

This development coincides with separate negotiations between the US Federal Aviation Administration and their Cuban counterparts to develop a new bilateral air services agreement. This is expected to lead to

the resumption of scheduled commercial flights by major US and Cuban carriers, possibly as early as the end of this year.

In addition, in a related development, the US Treasury is considering how to remove remaining impediments to the use of US credit cards in Cuba so as to overcome US banks legal and practical caution about acting on previous permissions. Such regulatory changes will also facilitate the establishment of correspondent banking arrangements in Cuba.

There is also some suggestion that the new policy may also be extended to licensing individual travel on ferries and cruise ships sailing to Cuba.

Although the US government's intention is that people-to-people contact will bring about a change in thinking and attitudes in Cuba, the most likely immediate practical outcome will likely be something just short of the full liberalisation of all US travel to Cuba.

While the Cuban government still has to finalise the arrangements for scheduled flights and cruise ship calls, it is clear that it will have an interest in agreeing measures that see hotel occupancy and yield increase as pressure grows on the relatively limited number of hotel rooms in Havana and popular destinations. There is also a view that increased US visitor arrivals will stimulate investment in the hotel sector by foreign companies, and may eventually lead cruise ship companies to consider home porting in Cuba.

Separately, Cuban officials have indicated that in order

to meet increasing demand government intends encouraging the inclusion of the non-state sector within its tourism marketing programmes, will promote sailboat arrivals to make use of its newly completed marinas, and has plans to rapidly diversify and decentralise its tourism product.

All of which suggests that from the latter part of this year on, The Bahamas, Puerto Rico, Jamaica, Cayman, Cancun and the Dominican Republic may begin to feel the impact, and if US cruise visitor regulations are eased, the region may later see ships calls reduced elsewhere.

As the official statistics show, Cuba has already become a hot destination for US citizens.

According to Cuban reports, the number of US visitors there increased by 36 per cent in the first five months of 2015; a figure that excludes the surging numbers of Cuban Americans whom Cuba counts as returning nationals.

More generally, Cuba has already become, according to the Caribbean Tourism Organization, the second most popular tourism destination in the region after the Dominican Republic, with the arrivals gap between the two narrowing.

Cuba itself also believes that it will become a strong competitor if the US market fully opens, and that the country most at risk in the region is Puerto Rico.

The conundrum now for the rest of the region is how best to respond in the short and medium term.

At its most obvious, this involves Northern Caribbean nations actively pursuing with tour operators two centre holidays; finding ways to develop or significantly improve air services between Havana and Santiago de Cuba, with Montego Bay, Nassau, Grand Cayman and Puerto Plata; encouraging cross-destination investment and branding by regional and international hotel groups; and promoting joint ventures for the supply of Caribbean goods and services by exploring demand with the key buying agencies for the big Cuban hotel groups.

It also involves placing much greater emphasis in each country on service, quality, cuisine and training so as to ensure that the experience in the rest of the region remains one step ahead of Cuba's largely mid to low-end and weak repeat-business offering, as well as in continuing to diversify visitor feeder markets as rapidly as possible.

In the longer term, however, more attention should be paid to the thought-provoking suggestions contained in the recent strategic paper produced by the Caribbean Hotels and Tourism Association titled 'Cuba: the great disruption for the good of the Caribbean'.

This notes that Cuba is using tourism as a development and diversification tool to deliver nearly US$3 billion per annum in future new business from visitor expenditure, and asks how much of this will be at the rest of the region's expense.

The report, which warrants wider attention, welcomes Cuba as an integral part of the Caribbean and argues for collaboration in every aspect of tourism. It also calls for governments to embrace a new tourism development agenda involving high-level discussions with the Cuban authorities and industry and the creation of a 'US Caribbean Basin Tourism Initiative' that supports development through tourism of a 'economically viable, safe and stable Caribbean'.

Next year, Cuba may have a special visitor: President Obama. The White House has made clear that subject to certain conditions the US president is giving consideration to such a visit. If he does, the signal to US citizens to visit will be powerful and may start an unstoppable process that results in the restructuring of more than just the Caribbean tourism economy.