Beijing appears to wind down share-buying. Now what? 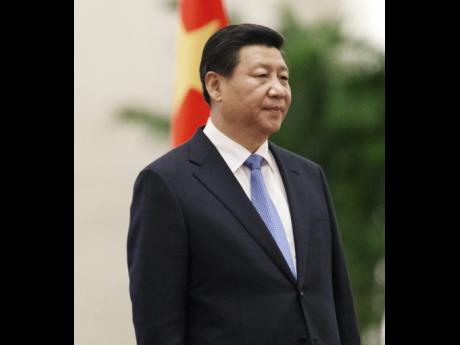 China's leaders are winding down a strategy of trying to push up slumping stock prices by spending billions of dollars to buy shares.

After the Chinese market benchmark soared to a peak on June 12 and then reversed course and plunged 30 per cent, Beijing reached back to the era of central planning and intervened directly.

Big shareholders were barred from selling and state-owned brokerages promised to buy. State banks lent billions of dollars to a government finance company to support prices.

That prompted criticism that Beijing was disrupting the market and might be delaying changes in financial policy needed to support China's slowing economy.

Now, with no formal announcement, there has been no large-scale buying by the China Securities Finance Corp. despite four days of precipitous declines that wiped 22 per cent off the Shanghai Composite Index.

"The market self-adjustment is a good thing," said JP Morgan economist Haibin Zhu. "The positive sign is the 'national team' no longer intervenes and keeps buying, which was causing market distortion."

So what other options do Chinese authorities have to calm markets?

After weeks of turmoil, the best tactic might be to do nothing, according to financial analysts.

Inaction "would likely be viewed favourably at this stage," said Linda Yueh, an economist at the London Business School. "Previous interventions have heightened rather than subdued the volatility."

The previously little known CSFC, the pillar of the government's intervention, never disclosed what and when it bought or how much it spent. But Chinese media say state-owned banks have lent the company 1.5 trillion yuan (US$240 billion).

Its last large-scale action might have occurred last Wednesday, when the Shanghai index fell 5 per cent but reversed course in the last minutes of trading to close up 1.2 per cent. Analysts said that probably was the work of the CSFC and its multibillion-dollar war chest.

Already, the company said two weeks ago it would no longer intervene day to day as the government tried to restore normal market functions.

The consensus among Chinese leaders "appears to be that this was costing the government too much money," Angus Nicholson of IG Markets said in a report.

"Now I think they are trying to just slow down the fall," said Jackson Wong, associate director at United Simsen Securities Limited in Hong Kong.

The Shanghai market soared more than 150 per cent starting late last year after state media said shares were inexpensive. That led investors to believe Beijing would step in to prop up prices if necessary.

The bubble burst after an unrelated change in banking rules in early June made investors think Beijing's support might be weakening.


The massive intervention might have interfered with decisions about interest rate and credit policy changes needed to support the slowing economy, said Zhu.

"It's difficult to manage all their objectives at the same time," he said. "I would say the stock market decline is the least important among all of them."

The vast sums of money channelled into the share-buying operation also might have diverted credit from commercial borrowers, possibly eroding potential economic growth.

One way to reassure investors, analysts said, would be to show support for the economy by cutting interest rates or freeing up money for lending by reducing the level of reserves banks are required to hold.

The change probably "was triggered by concerns about negative sentiment following the equity rout," said Mark Williams of Capital Economics in a report.

And Beijing still has plenty of cash if it wants to buy more shares, said Guo Tianyong, a finance specialist at the Central University of Finance and Economics. But he noted that when global stock markets fell Monday there was no talk of intervention by other governments.

"We should let the market play its role," said Guo. "It's unnecessary for the government to intervene."

June 27: Beijing announces a surprise interest rate cut – its fourth since November – in what analysts say is a move to reassure investors that recent changes in bank regulations are not aimed at limiting credit to finance stock trading.

June 29: The government announces its main pension fund for civil servants will be allowed for the first time to invest up to 30 per cent of its assets in stocks. Based on the fund's size, that would be up to 900 billion yuan (US$145 billion).

July 3-5: Regulators cancel initial public stock offerings in response to fears of too little demand. Capital of the state-owned China Securities Finance Company, which provides credit to finance stock trading, is increased from 24 billion yuan (US$4 billion) to 100 billion yuan (US$16.1 billion). A group of 21 state-owned brokerages create a 120 billion yuan (US$19 billion) fund to support prices by purchasing shares.

July 8: Beijing prohibits stock sales for at least six months by major shareholders and orders executives and board members of companies to buy back any shares in their own companies that were sold in the past six months. They also are told to buy more if the price falls by 30 per cent in the following 10 days.
The insurance regulator announces insurers will be allowed to increase the amount they invest in stocks from 30 per cent to 40 per cent of total assets. Brokerages increase the size of their stock-buying fund to 260 billion yuan (US$42 billion).
An arm of China's US$750 billion sovereign wealth fund says it will buy exchange-traded funds and avoid selling shares. China Securities Finance Company injects a total of 200 billion yuan (US$32 billion) into five mutual funds to buy shares.

July 8: The number of companies that suspended trading in their shares passes 1,000 out of a total of 2,802 traded on mainland exchanges. Many cite impending announcements about possible mergers or employee purchases of stock – moves that stem from Beijing's effort to shore up prices. The suspensions freeze prices and leave shareholders unable to sell.

July 13: The police minister says some brokerages have been found to have improperly manipulated futures exchanges, a possible reference to short selling. It says a criminal investigation is underway but gives no details.
The securities regulator orders brokers to stop allowing customers to lend use of their accounts to other traders. Brokers are ordered to sever ties with unlicensed companies that provide credit to finance share trading.

August 14: In a move toward restoring normal market operations, regulators ease the moratorium on new share issues and announce 14 publicly traded companies will be allowed to raise money by selling stock.
The China Securities Finance Corp says shares it has bought will be transferred to China's sovereign wealth fund in an apparent gesture to reassure investors they will not flood back into the market and depress prices.

August 19: The Shanghai index declines 5 per cent but rebounds in the last minutes of trading to close up 1.2 per cent in what financial analysts say might have been the last major intervention by the China Securities Finance Corp.

August 24: The Shanghai index falls 8.5 per cent in its biggest one-day loss in eight years with no sign of government buying. It ends the day down 38 per cent from its June 12 peak and just under 1 per cent below its close on December 31.

August 25: The Shanghai index falls for a fourth day, declining 7.6 per cent to an eight-month low.