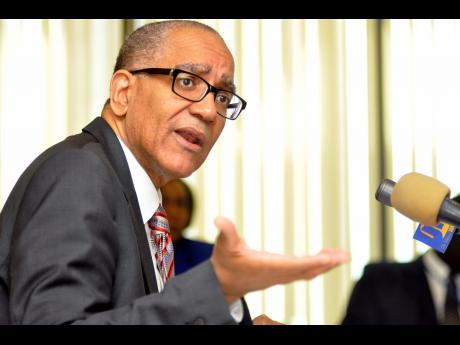 Effective Thursday, August 27, the interest rates at which the Bank of Jamaica (BOJ) provides liquidity to deposit taking institutions will be reduced by 50 basis points.

BOJ governor Brian Wynter said, for example, that the rate on the standing liquidity facility, the overnight lending facility for banks, will be reduced to eight per cent.

The rate on that facility was 9.50 per cent in March, reduced to 8.75 per cent at the end of June, and fell to 8.5 per cent last week, on August 18, when the Bank reduced the signal rate on the 30-day Certificate of Deposit by 25 basis points to 5.25 per cent. The signal rate is alternatively referred to as the policy rate or the benchmark rate.

That followed a reduction of 25 basis points in April and is now the lowest policy rate since Jamaica adopted liberalised financial market practices a quarter of a century ago, Wynter said at his quarterly monetary policy briefing at the central bank’s downtown Kingston offices today.

As a consequence of the easing of monetary policy in April, Treasury bill and other money market rates fell during the June quarter.

“The bank’s rate cut last week as well as the reduction announced today are likely to have a similar effect on money market rates during this quarter,” the BOJ governor said.